If neo-Nazis are the greatest threat to democracy: Do we need an alliance that ranges from the left-wing autonomous to the strictly conservative spectrum? 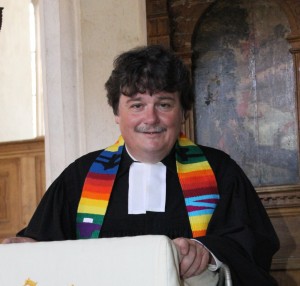 Yes, because we have to wrestle with each other about what our coexistence should look like despite all our differences.

Heinz-Joachim Lohmann, is the acting superintendent of the Evangelical Church District Mittelmark-Brandenburg and former chairman of the “Action Alliance against Violence, Right-Wing Extremism and Xenophobia” in Brandenburg.

In the last decade it has been possible to minimize the right-wing extremist presence in the state of Brandenburg very strongly. Nevertheless, right-wing extremism in our area is not dead. This is shown by the founding of an NPD district association Prignitz-Ruppin and the constant attempts to organize appropriate demonstrations in various places. The mood in the population is torn between “that the right should not be allowed” and “none of this should be taken seriously”. This raises the question of what makes right-wing extremism so special among extremisms and why it is necessary to counter it with a very large coalition that ranges from the CDU to the anti-fascist.

On the one hand there is racism. Entire groups of people are declared enemies. Opponents are not only those who have a different worldview, but people of different origins, skin color, ethnicity. In our midst, we cannot accept the establishment of a worldview that defines from birth who belongs to our society and who does not, without any possibility of change. Which also stipulates that there is inferior and unworthy human life.

Second, right-wing extremism brought a wave of violence into our midst with manslaughter, arson attacks, many physical injuries and now the existence of a right-wing extremist murder squad. We cannot tolerate people being afraid to take to the streets at certain times of the day or in certain neighborhoods. It is just as unacceptable that certain businesses are exposed to an increased risk of attack.

Third, there is a responsibility from the past. National Socialism came to power through democratic elections and covered the world with war and crime. Jewish life and culture were destroyed on a large scale in Germany and those who did not suit the National Socialists ran the risk of being locked up in concentration camps and killed. Because of the responsibility before this story, it is particularly important to be vigilant towards forces that would like to repeat it.

Fourth, right-wing extremists reject democracy. This is not a unique selling point. In our region in particular, there are some people who are dissatisfied with the reality of democracy. But democracy is more than elections, parliament and a free market economy. Democracy also means an independent judiciary, freedom of the press and verifiable rules for public space. The elderly can tell about what it means when this is monopolized by the Führer principle, and we can visualize the consequences by visiting Sachsenhausen or other memorial sites. A system that does not accept important framework conditions for human life is not acceptable.

We believe it is necessary that there be broad agreement on what we do not want. We have to wrestle with each other about what our coexistence should look like across all of our differences. We have the confidence that the future is not fixed, but can be shaped and that it can take very surprising turns. I assume that others have similar insights because of their very different beliefs. This will help us to define a framework with one another that allows us to live - beyond our other party and ideological boundaries. 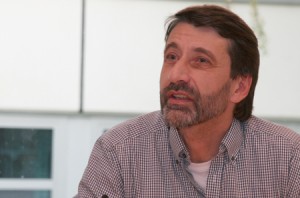 No, neither with violence-oriented autonomists nor with extremist conservatives.

Prof. Dr. Armin Pfahl-Traughber teaches at the Federal University of Applied Sciences for Public Administration in Brühl with a focus on “Political Extremism” and “The History of Political Ideas” and publishes the “Yearbook for Research on Extremism and Terrorism”.

The question "Should everyone, from the 'conservative to the autonomous spectrum' protest against neo-Nazis together?" Is discussed here from the perspective of democracy and extremism theory. This view presupposes a normative commitment to the minimum conditions of a democratic constitutional state as an "overlapping consensus" (John Rawls) for a pluralistic society. These include control of violence, the principle of individuality, human rights, the rule of law, pluralism and popular sovereignty.

The rejection of one form of extremism loses its substantive credibility and political persuasiveness, it goes hand in hand with cooperation with another form of extremism. For the question mentioned in the introduction, this means: In the fight against right-wing extremism, conservative and left-wing democrats are welcome as supporters of the basic principles mentioned. However, anti-democratic conservatives and violence-oriented autonomists should not find acceptance by democrats.

1. With the slogan "Antifa means attack", supporters of the left-wing extremist subculture of the autonomous people make it clear that they by no means only want to physically defend themselves against violent attacks from the right-wing extremist scene. This would also be their right to do so in the sense of self-defense. They openly call for “direct attacks on neo-Nazi structures”, which could also happen “tangibly on the way to the parade or to work”. This attitude amounts to a practiced form of vigilante justice, which calls into question the state monopoly on the use of force. Physical attacks on alleged and actual right-wing extremists are then carried out out of an attitude of individual mood and subjective arbitrariness. This view articulates the willingness to think in terms of a “civil war” as in the final phase of the Weimar Republic in the conflicts between KPD and NSDAP members. The clear break with the principles of a constitutional state is evident.

2. The “anti-fascist action” by autonomists is not only directed against right-wing extremists: the formulation is used in an inflationary manner in the left-wing extremist subculture and also serves to legitimize acts of violence against police officers. The existing liberal constitutional state, which from a democratic-theoretical point of view has its own practices and structures that are worthy of discussion and criticism, is also considered to be “fascist” or “fascistoid” in this respect. As a form of a repressive "pig system" and a "structural racism" it should ultimately be abolished. Thus, regardless of their specific propensity for violence, the autonomists are a left-wing extremist subculture. Its supporters, like right-wing extremists, are concerned with overcoming the norms and rules of a democratic constitutional state. The fact that this should be done in the name of an allegedly “domineered society” does not make the autonomists protagonists of modern democracy.

3. Just as a demarcation to the left based on democratic theory is required, there is also a need for a demarcation to the right based on democracy theory: there are also non-neo-Nazi right-wing extremists such as the supporters of the “Conservative Revolution” in the “New Right”. They distance themselves formally and officially from neo-Nazis and the NPD, but mostly motivated more by an attitude of intellectual superiority over their rabble-rousing behavior. In quite a few basic positions, however, there are ideological similarities. Therefore, protagonists of this political camp do not take part in demonstrations against the openly acting right-wing extremists from the neo-Nazi and NPD spectrum. From a democratic theoretical perspective, they would also not be welcome in a broad alliance against right-wing extremists. The opposite would apply to democratic conservatives in the sense of the minimum conditions of a democratic constitutional state defined above.