How Much Time Gaining Weight Can Take

Diets Are Harsh: Why Losing Weight Becomes Harder Over Time

All those who want to lose weight fear it: the plateau. The first few weeks of the diet were so nice. You eat less and every morning you are rewarded on the scales: a few hundred grams less again. It works!

But sooner or later that will be over. You continue to hunger diligently, but the pointer of the balance seems absolutely unimpressed. The body weight just doesn't want to go down any further. This is the time when many give up their diet, because "it won't do anything anyway". The frustration is just too great. What exactly is going on in the body?

Loss of water instead of fat loss

At the beginning of a diet, the pounds drop so quickly because you break down glycogen instead of fat, says Martijn Katan, professor emeritus for nutritional sciences at the Free University in Amsterdam. "Glycogen contains a lot of water. As a result, body weight drops very quickly in the first few days of a diet."

More on this: Of miracle cures and evildoers: our food under the microscope 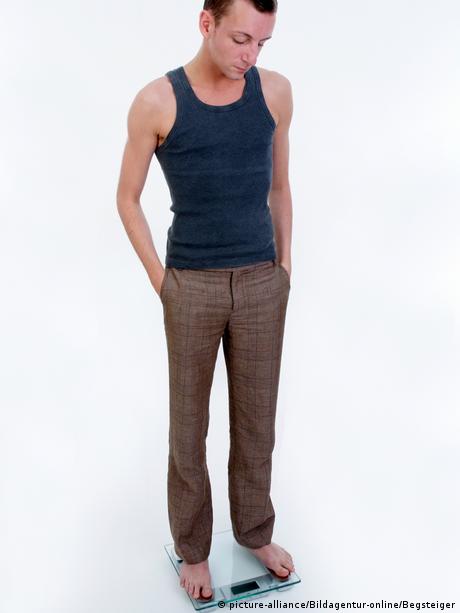 Glycogen is a carbon store in the liver, muscles and kidneys, which the body can quickly reduce or build up when there is too little or too little food. Since the starch-like substance attracts water, the body always stores a lot of water together with glycogen. Spanish scientists have measured on test subjects that for every gram of glycogen in human muscles, 3 grams or more of water is stored. If these carbon stores are emptied during a diet, the water is also lost - and this has a positive effect on the scales, to the delight of the weight loss person.

"It takes longer to break down fat because its energy content is much higher," says Katan. The body only begins doing this several days after starting a diet.

But when the body has finally started burning fat, shouldn't it continue? Or does the body learn to use less energy and, as it were, go into an economy mode, as it is often called?

Even scientists disagree about this. Martijn Katan is one of those who consider the economy mode to be a myth: "The body learns nothing at all, it just follows the laws of physics." After all, you need more fuel to drive a truck at 100 kilometers per hour than a car. "If you lose weight, you become fewer trucks and more cars." Or to put it another way: "If you lose 10 kilos, you have 10 kilos less to carry around with you."

In 1995, US researchers showed that fat people use more energy than thin people. The energy requirement therefore decreases in the course of a diet. According to Katan, this is the only reason why at some point you should stop losing weight with the same diet plan.

Kevin Hall of the US National Institutes of Health disagrees: "It's a little more complicated," he says. Hall is researching for the National Institute of Diabetes and Digestive and Kidney Disease what happens in the metabolism and brain when dieting. With his colleagues he accompanied the winners of the US TV show "The Biggest Loser" scientifically. On the show, obese contestants vie for the greatest weight loss. It is not uncommon for participants to lose more than 50 pounds in the process. There is now also a German version of the program.

"It's very clear: if you eat fewer calories, your metabolic rate slows down," Kevin Hall told DW. The body begins to burn fewer calories during the course of a diet. This happens about six to eight months after starting a diet. The observed effect clearly goes beyond what a loss of kilograms alone would cause.

Over the course of 30 weeks of the show, Hall and his team measured how much the "Biggest Loser" participants weigh and how fast their resting metabolism is. The latter determined how much oxygen the test subjects breathed in during a resting phase and how much carbon dioxide they exhaled.

The researchers found: The diet competitors had lost an average of over a third of their weight after 30 weeks and their metabolism was down by more than 600 kilocalories per day. Only about half of the slowed metabolism could be explained by weight lost.

"There's a lot of discussion about why dieting slows your metabolism," says Hall. Presumably, hormones are the reason. Fat cells release the hormone leptin; so it becomes less during a diet. "Experiments have shown that the metabolism rises again when you take in leptin from the outside," says Hall.

The question of whether the metabolism remains at a low level for a long time or increases again when you eat more again is a controversial question. Kevin Hall examined 14 Biggest Loser contestants six years after the show ended and found that most had still had low metabolisms - even though they had regained an average of 40 kilograms in the meantime. "The slowdown in metabolism can be permanent," concludes Hall. But he admits that the data situation is still quite uncertain.

So is it not true? The body slows down its metabolism in the course of a diet, and therefore does the person who wants to lose weight eventually reach the dreaded plateau? And that's also the reason for the yo-yo effect, so why do you gain weight again quickly after the end of a diet?

No, says Kevin Hall. The metabolism slows down when you diet, but that has nothing to do with whether you lose weight or not. This is what the study with the Biggest Loser participants showed: "Those with the lowest metabolic rate were most likely to keep their low weight after the show ended," says Hall. One should expect exactly the opposite: that those whose metabolism has slowed down the most will gain weight again quickly.

Not only people get too fat: Diet for fat hedgehogs

The reason for the dreaded plateau is completely different, says Hall: "When people lose weight, their appetite increases. That can happen unconsciously." Without realizing it, you are taking in more calories again.

Together with researchers from the pharmaceutical company Janssen and from the University of Michigan, Hall showed that weight loss automatically leads to an increase in appetite: The researchers gave 153 test subjects a drug that made them excrete increased amounts of glucose so that they decreased without even realizing it. For every kilogram the subjects lost, they took in an extra 100 kilocalories per day on average.

So what's the best way to lose weight? Kevin Hall has a simple answer to this: "With a diet that is fun." You can only lose weight really successfully if you change your lifestyle to a healthier one - permanently: eat more vegetables, eat fewer calories and, above all, exercise more. "Our studies have shown that those who are most active are most likely to maintain their weight after dieting."

Apart from that: It doesn't always have to be the quick-fix diet that just sheds the pounds. "It's not about fitting back into the clothes you wore when you were at school." Even those who only lose a few kilograms are doing a lot of good for their health.