I could have mixed blood

Blood can not only be differentiated by its groups A, B or 0, but also by the Rhesus factor. This can change spontaneously in the course of life - differently than previously thought, as Viennese doctors are now reporting.

There are several reasons to determine a person's blood type. Especially if there is a major blood exchange, for example before childbirth or a blood transfusion, it is important to know the blood groups of both people and to avoid a possible immune reaction as a result.

It is not only the sugar molecules of type A, B or 0 on the cell surface of the red blood cells that play an important role, but also the so-called Rhesus factor. If there are special rhesus "proteins" on the erythrocytes, one carries the rhesus antigen and is rhesus positive, like most of the European population. But it doesn't have to stay that way for a lifetime, explains Günther Körmöczi, immunohematologist at the Medical University of Vienna and head of the erythrocyte laboratory at the Vienna General Hospital (AKH).

“In my clinical practice at the General Hospital, I keep seeing patients who have both rhesus-positive and negative blood cells in their circulation,” says Körmöczi.

The mixed occurrence of Rh factor in one and the same person is caused by a spontaneous genetic mutation. As a result, the rhesus antigen is “lost” in some blood cells and the rhesus factor changes from positive to negative, according to the scientist. In such cases, according to Körmöczi, a special examination is advisable in order to rule out possible underlying blood diseases such as leukemia. 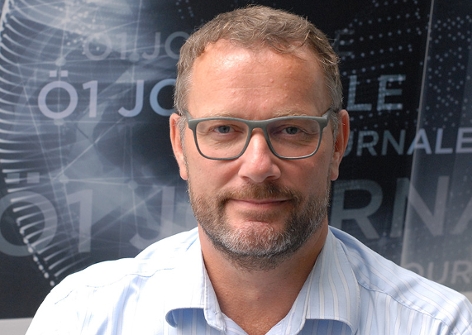 In about 50 percent of the cases, however, the Rhesus factor change is not due to a blood disease and is not associated with any disadvantage. "It is then only a sign of getting older and reflects the accumulation of mutations associated with it," says Körmöczi.

In the current publication, the research team around Körmöczi shows that not only blood-forming stem cells must be affected by the mutation that causes the loss of the rhesus antigen.

“In the vast majority of cases, the genetic change is limited to blood-forming, so-called hematopoietic stem cells. But we also saw that pluripotent stem cells were affected. In other words, stem cells that can develop into tissues other than blood, ”explains the researcher.

Accordingly, in the current publication, the scientists describe for the first time a case in which the mutation was also discovered in hair root cells, among other things. According to Körmöczi, this indicates a genetic change in different stages of development of the people and could be interesting for areas of age research in the future.

Incidentally, the scientists assume that the change in the Rhesus factor from positive to negative is not uncommon in over 65-year-olds and could occur in around one in 500 people.

More on the topic: