Fairness cream advertising should be banned

The long-running hits among our contributions include the judgments with which advertising for a wide variety of products with (allegedly) health-promoting effects was banned. They are not only quite amusing to read, but also repeatedly point out the same problem: Anyone who advertises with certain effective promises should pay attention to the peculiarities of drug advertising law and related areas of law.

Advertising should create incentives to buy - so it makes sense to lure interested customers precisely where they set priorities: their health and well-being, and recently, increasingly, their environmental awareness. The problem here is that legislators and jurisprudence do not want these topics to be exploited unrestrainedly in advertising. After all, the risk here is quite high that the ignorant citizen, trusting false advertising promises, will achieve the opposite of his good intentions and damage his health, well-being or the environment with unfairly advertised products or services.

In this article, the problem is examined a little further, with numerous links referring to further texts in the particularly exciting places.

In advertising, at least in principle, the truth should be told - that is no surprise and also the core message of the UWG. In the areas mentioned - health, wellness, environment - the advertiser is now also required to be able to prove to himself the truthfulness of his statements. This is on the one hand standardized in laws (such as the HWG or the LFGB), on the other hand it is also an integral part of the case law on competition law.

In order to be affected by these principles, the advertised products or services do not even have to fall under the term “medicine” or “environmental protection”; the indirect effect on health, wellbeing or the environment is sufficient here. The affected products may therefore also include cosmetics, food or household products. A few examples from our reporting:

Scientific evidence, especially in the form of studies, is the most valuable piece of evidence in court to support the advertising claim. However, this evidence must meet certain standards in order to be used in court at all; detailed information on this can be found in our main article on this topic. The most important findings from recent case law in a nutshell:

Finally, the good news: Anyone who has actually tried to conduct a study based on these principles only has to present one to the court. In the opinion of the BGH, a large number or even a large number of studies is not necessary in order to prove scientific recognition (BGH, ruling of January 21, 2010, Az. I ZR 23/07).

The “Health Claims” Regulation (HCR) contains special conditions for food: On the basis of the HCR, there is a list of health-related statements that are permitted for food. Advertising promises relating to health or wellness must be based on this list. Detailed information on this can be found in our main article on the HCR.

Doctors also have to adhere to advertising law in their (already very limited) advertising - a doctor may be an academic, but his word about his own therapy does not count as scientific evidence in advertising law. Detailed information on this can be found on our blog on this topic.

Honesty lasts the longest - this is especially true in advertising law. Even if it may be tempting to lure consumers with promises about improving their well-being or health, such advertising promises should be formulated with a certain amount of legal instinct. Anyone who does not have at least a basic knowledge of general advertising law and, if necessary, food or medical law should do without promises in advertising or hire a specialist.

tip: Do you have any questions about the contribution? Feel free to discuss this with us in the entrepreneur group of the IT law firm on Facebook. 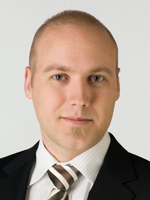