No expensive Sweden - prices and facts 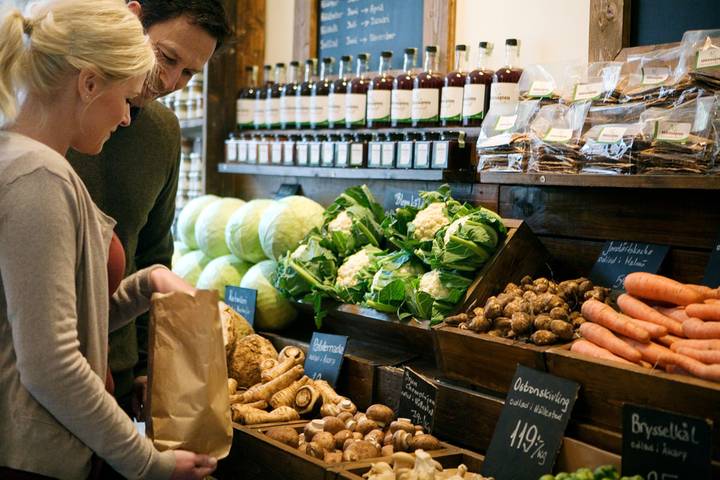 Whenever you talk to friends about your favorite country, Sweden, you hear it again and again: "Isn't it all terribly expensive?" Newcomers in particular who are heading north for the first time have to struggle with prejudices. Clarification is needed. What prices can you really expect on a trip?

In fact, almost all of the neighboring countries are more expensive than Germany

First of all, let's be very clear about one thing. We in Germany have good prices in terms of prices. In fact, pretty much all neighboring countries are more expensive than Germany if you follow the usual expenses that you can have as a tourist (accommodation, food, drink, sightseeing). Above all Switzerland. Here a Café Americano at Starbucks costs 5.02 euros, in Brussels the same coffee costs 3.35 euros, in Vienna 3.55 euros and in Stockholm 3.24 euros. Starbucks is cheaper in Berlin, Germany ranks 12th worldwide in price comparisons.

When it comes to groceries, we find the same trend: in Switzerland, groceries in the supermarket are up to 50% more expensive than in Germany, in Denmark it is almost 40%. So in principle you shouldn't be surprised that it gets a little more expensive as soon as you leave the Federal Republic of Germany.

Prices in Sweden - only the alcohol is significantly more expensive

Accommodation prices in Sweden are around 15-20 euros in a hostel, 70-120 euros in a double room in a mid-range hotel in large cities and for holiday homes in the country you usually have to plan around 230 euros per week. Of course, as everywhere, there are also seasonal price differences.

Neither at the petrol station nor in the supermarket are there any major differences to Germany. The most important supermarket chains are ICA, WiLLY: S and Coop (this chain is also known from northern Germany), the German competitor Lidl can now also be found in many places and has cheap offers. Exceptions to the rule are sweets, alcohol and branded drinks such as Coca Cola. These products can be considerably more expensive.

Alcohol in Sweden is particularly important. Beer, liqueurs and wine are usually twice as expensive as in Germany, a bottle of Baileys, for example, costs the equivalent of 23 euros, while the same in our home country costs only 12 euros. The reason lies in the high taxation. Most alcoholic beverages (anything over 3.5% vol) are not available in Sweden in the supermarket or at the petrol station, but in a special point of sale, the "Systembolaget". You can only shop there from the age of 20, alcohol consumption is permitted by law from the age of 18.

The Swedes are behind this policy. Most citizens believe that liberalization would lead to more alcoholics. The Swede hardly drinks Mondays to Thursdays, but on the weekends he lets it rip. Going out is like drinking.

Comparison between Sweden and Norway

Norway is significantly more expensive than Sweden, and here we have probably found the "culprit" for the prejudices about the supposedly expensive Sweden. Unfortunately, Scandinavia as a whole is often put in the same bag. Petrol is around 10% more expensive in Norway than in Sweden and Germany, and food and accommodation are around 40-50% more expensive. That's a huge difference.

The price levels in Sweden and Germany have converged a lot in recent years, which should also take away any doubts about travel planning for new Sweden fans!

Hejsan,
As a long-time vacationer in Sweden, I can fully agree with your statements with one exception - and that is the price quoted for holiday homes. As a rule, I can't confirm € 230, this may be rare exceptions and huts with the simplest equipment, without running water, etc. Despite intensive research in recent years, at least in southern Sweden, I have not yet come across a house of normal standard at this price. Regardless of the season, nothing goes below 400 € / week. The average is closer to 500 and a good bit higher in the rough season. If you would like to have it bigger or a little more luxurious, you will quickly end up with 1000 € and more per week.

Hello Klaus,
unfortunately has to contradict you with the house prices.
We have been going to southern Sweden for 3 years every Whitsun and sometimes in September. There are sure to be houses from
200.- € until it is no longer possible, but the houses that we had rented and have been lying and lying
all under 500.- € for 2 weeks. Now Whitsun 2 weeks 469.- € with location on the lake, covered terrace (smoker) TV with German channels etc.
We always book with N ............, largest selection and affordable prices.