What is polymer concrete and what is it used for? 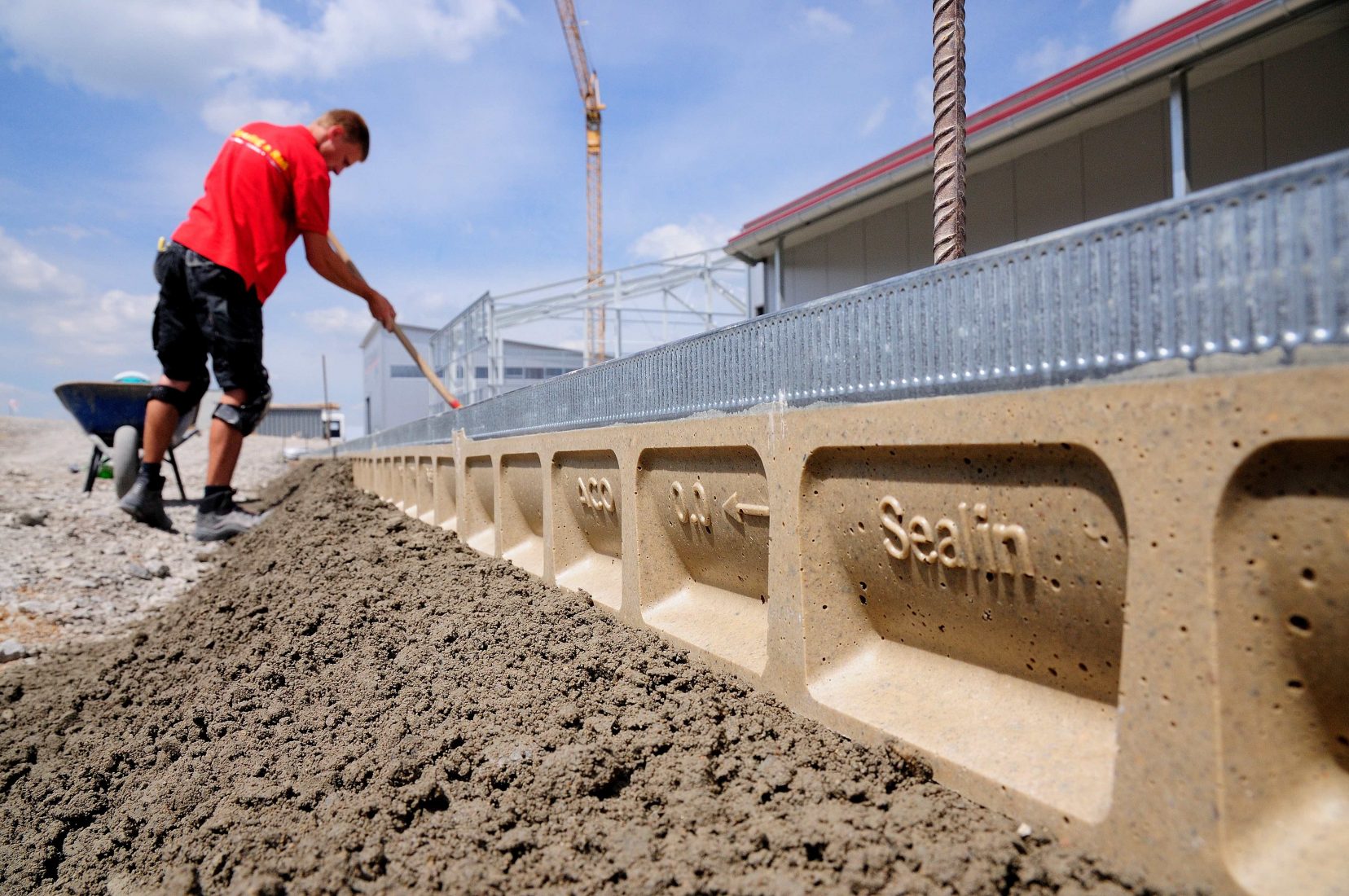 When you think of concrete, you almost automatically think of cement as a binding agent. But there are also other types of concrete. One example is so-called polymer concrete, which is also sold under the alternative names reaction resin concrete and mineral casting. In the building materials industry, polymer concrete is primarily known as a material for drainage channels. But that is not the only area of ​​application.

Polymer concrete differs from conventional concrete in that no cement, but a plastic (polymer) is used as a binding agent. So it is not a cement matrix, but a plastic matrix that holds the aggregates in the concrete together. That sounds like a small difference, but it is a crucial one, because the polymer binder gives the material its special properties that make it so unique. And that even though it only has a mass fraction between 5 and 15% of the finished concrete.

As with cement concrete, the binding agent also has the task of polymer concrete to bind the mostly mineral aggregates (gravel, sand, rock flour) into a coherent material. The plastic matrix consists of reactive resins. During production, these are added to the aggregate in liquid form, after which they solidify. The reaction resins are, for example, unsaturated polyester resins, epoxy resins or polyurethanes (PUR).

Incidentally, the aggregates do not necessarily have to be of a mineral nature, even if that is usually the case. But some manufacturers also add plastic, steel and carbon fibers or glass beads to their products. In such cases, polymer concrete has even less in common with normal concrete. Like normal concrete, polymer concrete can be used for applications up to the highest load class. Compared with normal concrete, however, the fresh concrete mass sets much faster, which has economic advantages. And the cured product has a lower weight, which makes it easier to transport and install. At the same time, however, the material is astonishingly stronger than cement concrete. It is also able to absorb higher tensile and bending stresses. On the other hand, however, it is relatively susceptible to impact.

Another advantage of polymer concrete is its very smooth, pore-free surface, which is waterproof and contributes to the fact that the material is extremely resistant to aggressive chemicals. Not least because of this, it is often used for drainage channels, also in areas in which substances hazardous to groundwater are handled. Furthermore, polymer concrete is dimensionally stable, even with major temperature fluctuations, as well as frost-proof, UV-insensitive, corrosion-resistant and non-flammable.

In the construction industry, polymer concrete is primarily known as a material in civil engineering: for drainage channels, but also for pipes, cable ducts and light shafts. However, some manufacturers also produce panels from the material, for example for stairs or facade panels. Window sills, table tops, garden benches or plant boxes are sometimes also made from polymer concrete panels. Because of its good vibration damping properties, the building material is also used in the industrial sector, namely for the construction of foundations or frames for machines and systems.

The special properties of polymer concrete also come into their own when building balconies. First of all, balcony slabs made of reaction resin concrete have the advantage that they are comparatively light, which makes assembly at a lofty height easier. The lower weight also allows - compared to balcony slabs made of normal concrete - self-supporting floor slabs of a larger format, which are not less resilient. After all, polymer concrete is even able to absorb greater bending stresses. However, when it comes to balconies, one does not rely solely on concrete. Just as conventional balcony slabs are made of reinforced concrete, polymer concrete slabs for balcony applications are usually given additional steel reinforcement.

You can find more about concrete in the overview