What is meant by direction in life

Here you will find Help 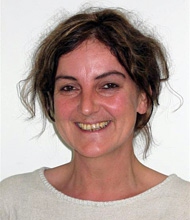 Plea for a lifelong right to meaning

Elderly people who rely on support have the right to adequate care with regard to their needs and to be treated with dignity as a person. If this is not the case, we speak of neglect or violence. And "of course" (natural right, human right ...) the right to self-determination must be preserved as far as possible by all those involved in the care. This applies all the more, the more the person concerned is dependent on the help and care of others. People with dementia require special attention here.

The "care aspect" is indisputably of great importance when it comes to safeguarding the dignity and well-being of older people. And not just when he or she is currently in need of help and / or care and specifically needs "care".

For a dignified aging that is serene as far as possible, it is generally not insignificant to have the security and to feel that in the event that one or one's partner becomes in need of care, appropriate provision is made: to know that there is help gives (will give) when you need them, supports sovereignty and autonomy.

Security is not everything: from the supply perspective to the enabling perspective

The starting point for the following considerations is the question of what can strengthen old people, regardless of their need for help or care, as members of the society in which they live and support them in realizing their potential. The "presumption" of the perspective adopted here is therefore one that goes beyond the "advocacy" in favor of older and very old people, and is far more provocative: Actually, I am not so much (or at least not only) about what is older or what is also "very old" people need.

The focus here is not (only) on the needs of a single person or a target group and their satisfaction as a purpose. Rather, it is about exposing the ability of older and very old people to act, and thus enabling ever new "added value" on an individual and community, social level.

The individual experience of value, which is based on being able and allowed to realize something that is meaningful for oneself (substantial, significant) and perceived as meaningful by others, is a central condition for the self-perception and the perception of others as a meaningful person.

The coming from outside, giving value to the individual actions of an (old) person, i.e. taking this action seriously and taking up recognition by other people, is a basic social act. Conversely, as is the case with ideas, opinions, criticism and creative expression effectively expressed by an (old) person Continuing the actions of others are deeply social and therefore also human actions.

Both dimensions and processes together form an essentially human confirmation that can hardly be overestimated: It doesn't matter what I do - now! - do (or whether I - still! - exist).

To put it another way: It's about standing up for the fact that even very old people can and are allowed to plan, develop, and shape ideas and change things in their current activities, here and now for themselves and with others. That they are taken seriously in their current way of being and perceived as enrichment, especially outside of the closer family relationship in the sense of a right to participate in the public.

To clarify: "Very old" in this study means people over 80 years of age, as is generally used in the current specialist terminology.

As part of the extensive, quantitative and qualitative study, interviews were also carried out with people between 80 and 85 in Vienna and Styria.

The analysis of the answers given by a total of 40 interview partners to questions about quality of life in old age shows:

Life satisfactionis on the one hand a question of the personal attitude towards life (the assessment of deficits seems to be particularly favorable here as normal aspects of aging), on the other hand it is also based on social factors. In essence, there are three decisive factors: A "fulfilling day" (that was one of the interview questions) is therefore shaped by the triumvirate "Employment, usefulness and enjoyment"(cf. Austrian Interdisciplinary Study of the Very Old Age, S174ff).

To have done a "good job", to have been helpful and useful to someone else, if possible in a way that takes up time, gives structure and brings joy, is a very important criterion for well-being and satisfaction for many very old people. Doing something meaningful is, in addition to social contacts, emotional closeness and reciprocity of relationships (i.e. being important to someone who in turn means something to you), one of the essential conditions for a comprehensively understood "healthy old age".

But is it really necessary to specifically point out the right of old people to contribute to society? Isn't that a matter of course?

On the touchstone: the "right to be significant"

It should be the right of every human being to be able to give one's own later age an externally effective meaning that goes beyond memory and spatially / socially beyond private space. All members of a society are asked to allow (also) very old people that what they do, beyond the (usually very welcome) passing on of valuables, i.e. previous profits / savings, is currently important and can make sense.

That means, not (only) the earlier merits of a then younger person are valued, but the actions of this very old person as they are now.

And how is it currently with us?

The results of a study that was carried out as part of a project currently running in five European countries (including Austria) indicate that this is by no means the reality for many people over the age of 75 or 80.

The "Active 80+" project: results of research in Europe

At the beginning of 2015, a comprehensive literature research and source evaluation was carried out as part of the EU project "Active 80+". Then more than 60 interviews with experts on the one hand and committed very old people on the other in Germany, Italy, the Netherlands, Lithuania and Austria were conducted and evaluated (project partner in Austria: the Austrian Red Cross)

The results show (in simplified form):

Research on active senior citizens as well as the associated "marketing" of the results refer - partly explicitly, partly as if this were self-evident - almost exclusively to the so-called "third age".

Protagonists in the media are, at least in appearance, "young old people": fit, slim, good-looking, cheerful, financially well-off and physically invulnerable. Real very old people (with age-appropriate appearance and individual characteristics as well as complex life situations) are either completely left out in the dance of "active aging" or, if so, then presented as exceptions and sometimes also "exhibited". Most organizations (as well as families) find it difficult to look at very old people beyond their care needs. This also includes the "provision" of a leisure or even training program that is deemed suitable.

How does this collective disinterest work?

One thing is certain: Expectations - or the absence of them - shape the self-image of individuals as well as entire societies. Both together create individual and cultural reality.

Many very old people fear (partly also the experience) that they might hinder the others, represent a burden, some might not be "decent" anymore. One adapts to the employment offers intended for very old people or withdraws completely.

Very old people tend to be degraded to objects (of care or neglect, as the case may be), or at least to people who appear to be very small and who in fact have to stand in the way as little as possible.

Sure, many very old people have little or no interest in getting involved "socially" in the broadest sense (an attitude that they also share with many representatives of younger generations!). And some very old people are actually busy coping with their immediate, including health, life problems or with family obligations or feel that they have done enough in their life.

But what about those who want to and could get involved, who would enjoy / would enjoy giving, sharing, communicating and also - on an equal footing - taking and accepting? Don't they do that anyway? Yes, some do. Overall, however, only very few. Do the others really not want to or can not?

It's not that easy to answer with willingness and ability. Especially with older and very old people, wanting is also related to a feeling: that you are needed, that what you do or could do has a real benefit, that it would be a meaningful contribution that is perceived as such. And also that you are welcome and asked as a person.

And the ability? This in turn depends not only on the active support required on a case-by-case basis (e.g. driving service / collection) as well as a certain tolerance of the environment (e.g. walking speed, required font size or volume), but sometimes also on very simple, but often missing, necessary framework conditions (e.g. . Sufficient toilets or breaks).

There are a number of barriers - or, conversely, a lack of bridges - which make participation more difficult for (old) people with functional limitations as well as for people of a certain age who are thoroughly "fit".

Thereby positive effects of extra-family engagement on well-being, health, reduction of risk factors etc. would be demonstrably given.

What does the commitment bring to the very old? And what would it take (more)?

Effects taken from the literature and from conversations in the context of "Active 80+" include in particular:

Among other things, the following were identified as beneficial:

Measures to expand this or to provide the necessary support require sensitivity, empathy, human resources, organizational willingness to change, time and money.

Questions quickly arise, such as: Is it worth it? Does it make "sufficient" sense to encourage very old people, perhaps also to support them, to integrate themselves into organizations?

Or to encourage and support them to participate in other ways in shaping their personal, social, cultural ... living environment and to implement projects of their own choosing?

Meaning cannot be quantified, it is an eminently qualitative category. But of course, in view of the limited resources, measures in this area must also be checked for effectiveness.

Effective means that a goal is achieved. "Efficient use of resources" is given when this goal has been achieved with a reasonable amount of effort.

I dare the hypothesis that not only the meaning of a fulfilled life for every single person has to be weighed in, but also the possible effects on the whole society beyond this single person and even beyond the special target group (80+) the balancing would have to be included.

Such effects could arise, for example, with regard to the aging image of younger generations: A more positive, more open image of aging has an effect on the personal horizon and the state of mind even in younger years. And encourages both long-term visions as well as late U-turns (which can be profitable if life goes on vigorously for a long time).

It is also about developing competencies in the direction of mindfulness, empathy, consideration - skills, attitudes and character traits that are of high cultural value.

Ultimately, such an expansion of the social space could perhaps also contribute a little to overcoming overly economistically influenced notions of effectiveness and a new understanding of the "achievement society":

It is not performance as a result (understood from a business point of view) and measured in market economy categories that would "count" the most, but performance as a social process in space and time: valuable in terms of content and human happiness.