Have you ever noticed that you can see different letters in the status bar of your smartphone? The network coverage for mobile internet is responsible for this.

But what does H +? How good is 3G? And at what speeds can you surf with which letters? We explain to you what the individual letters mean.

You can find the different letters in the status bar of your smartphone. Exactly where you can find the time, battery level and signal strength. But what do the individual letters mean? What does H +? And what does 3G (3 G) or 4G (4 G) mean?? In a nutshell: The letters or letter-number connections represent the current one Network standardthat the smartphone receives. The letters also show how well the Network coverage is where you are right now.

Depending on how good the network coverage is, you will find different letters in the smartphone status bar. Photo: screenshot

What network coverage is necessary for mobile surfing?

Each of these letters means a different speed for mobile surfing. We'll tell you which oneNetwork coverage fluent surfing is hardly possible and what speed is hidden behind which letter.

Network coverage G - how fast is that?

The letter “G” means GPRS (General Packet Radio Service). This is the slowest form of mobile internets. It uses the GSM network, which is used for telephony. With "G" a maximum of 53.6 kilobits of data can be transferred per second. These Network coverage is the oldest and also the slowest. Smooth surfing is excluded with a "G". Only 2G with 14.4 Kbit per second is even worse.

Also the Cellular standard "E" is not particularly fast. If you see an E in your status bar, you cannot expect smooth surfing either. But what does "E"? In theNetwork coverage "E" you are in a region in which Mobile Internet is received via EDGE (Enhanced Data Rates for GSM Evolution). This is an extension of GPSR, with which you can at least surf at 256 kilobits per second.

With 3G the Network coverage the third generation. The abbreviation UMTS stands for Universal Mobile Telecommunication Service and transmission rates of up to 384 kilobits per second are possible. If you have a little patience, you can surf the Internet for a while with this cellular standard.

You reach the next better and faster level when an "H" is displayed on your smartphone. H stands for HSPA (High Speed ​​Packet Access) and is an extension of UMTS. With "H" 14 megabits per second are already possible. However, "H +" is even better. But what does H +? With "H +" or HSPA +, 42 megabits per second are available. Both "H" and "H +" are frequently used connection standards with which you can surf comfortably and smoothly. 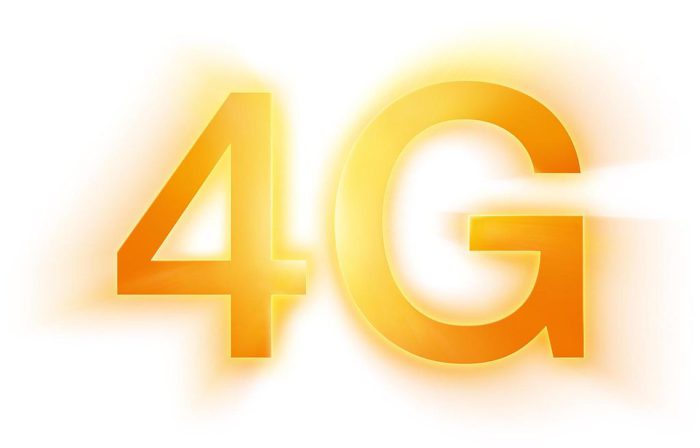 What does 4G mean in terms of network coverage?

If your cell phone even shows “4G” in the status bar, you can use the Network coverage the fourth generation benefit. Because then you receive Mobile Internet in LTE (Long Term Evolution). That means you can surf at a speed of up to 500 megabits per second. With 4G you are on the Autobahn of mobile internets. More is not possible, even if 5G is already being tinkered with. We have already reported on this in our blog post Surfing in 5G.

The "but" with network coverage

Even if the high transfer rates sound good with LTE and Co, there is one but that relates to all the letters that you can see in the status bar. In practice it has been shown time and again that the transfer rates are good despite good Network coverage are not as high as they could be. In theory, higher transmission rates are often technically possible, but ideal conditions are rarely given.

For example, you can see “H +” on your smartphone, but still travel at a lower speed. For example, because you have used up your data volume and your network operator is therefore throttling data usage.

You can read which mobile network is currently the best in our article Mobile network tested. You can find a tabular overview of all transmission rates and in-depth explanations of cellular communications in the article Cellular Basics.

What does R mean in the status bar?

After explaining the letters that show you how fast you can surf, you might notice another character in the stutas bar: an "R". You will always find the "R" in the status bar when your smartphone accesses a foreign network. "R" stands for roaming. Mobile phone use can then quickly become expensive. You can find out what to look out for when roaming in our blog post EU roaming fees. By the way, it can also happen in Germany that an "R" appears in the status bar. Especially in regions close to the border, it is possible that the signal from the neighboring foreign network operator is stronger than the German one. Thanks to regulated roaming costs, not much is likely to happen. In the neighborhood of Switzerland, however, you could fall into a cost trap.