What was the saddest ending to the TV series

33 television moments that made people abandon the series

We recently asked members of the BuzzFeed Community to tell us what TV moment made them stop watching a series. Here are some of our favorites:

?? Warning: The article is teeming with huge spoilers! 🚨

1. In Grey's Anatomy, when Izzie had sex with Denny's ghost.

“The ghost sex storyline in season 5 was just too much of a good thing! Izzie is a doctor and should find it worrying that she is having sex with a ghost! "

2. When Betty strips at the White Wyrm in Riverdale.

“When Betty performed the 'snake dance'. Basically, this is a 16 year old girl undressing for a gruesome cover of 'Mad World' in front of middle-aged men and their mother. I couldn't look at it anymore.¡

3. When Luke and Lorelai broke up in Gilmore Girls and she went straight to bed with Christopher afterwards.

“I will never understand how Lorelai could run to Christopher immediately after the argument with Luke. And then married him too. That's why I haven't watched the entire final season of Gilmore Girls until today. "

4. When Joey accidentally proposed marriage to Rachel in Friends. 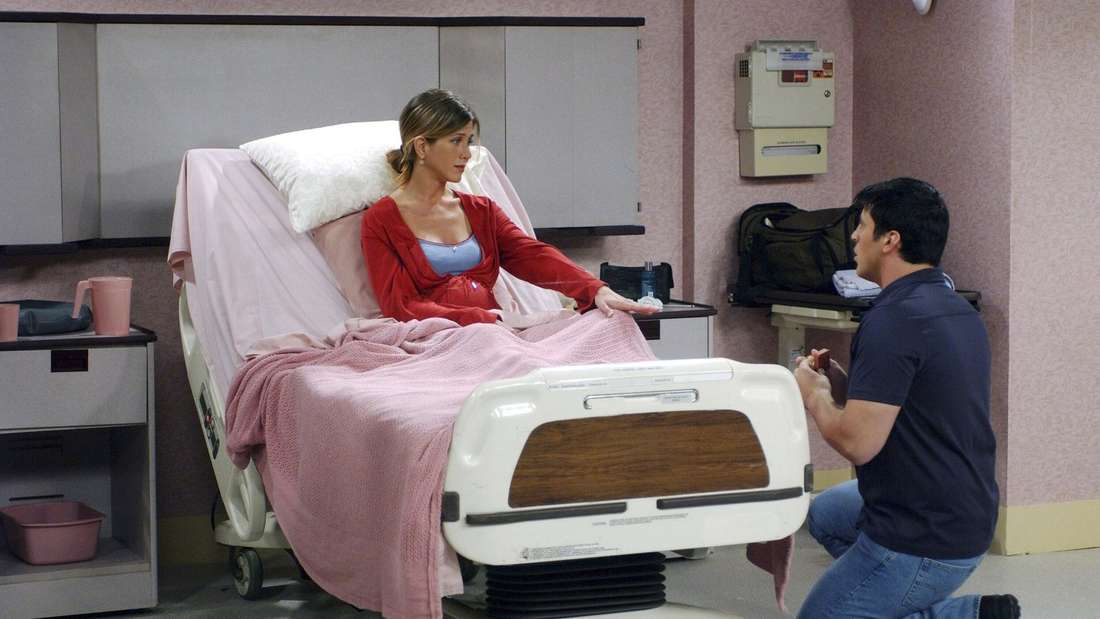 “The whole thing was stupid from the start and the thing between Rachel and Joey really got on my nerves. I only watched the last episodes of last season after that. I didn't look at what happened in between later either. "

5. As Marissa in O.C. California died.

“I watched the episodes after that, but then didn't want to follow the series. It wasn't the same anymore! "

6. When Charlie is trapped underwater in Lost.

“To see Charlie at Lost drowns, took me so badly that I didn't want to look any further. Then everything was completely in vain because it wasn't even Penny's boat! "

7. When Elena is put into a coma in The Vampire Diaries so Bonnie can go on living.

“The entire series was about her experiences in Mystic Falls. I felt like the story wouldn't work without her. I never turned on the series again after that. "

8. When Michael dies unexpectedly in Jane the Virgin. 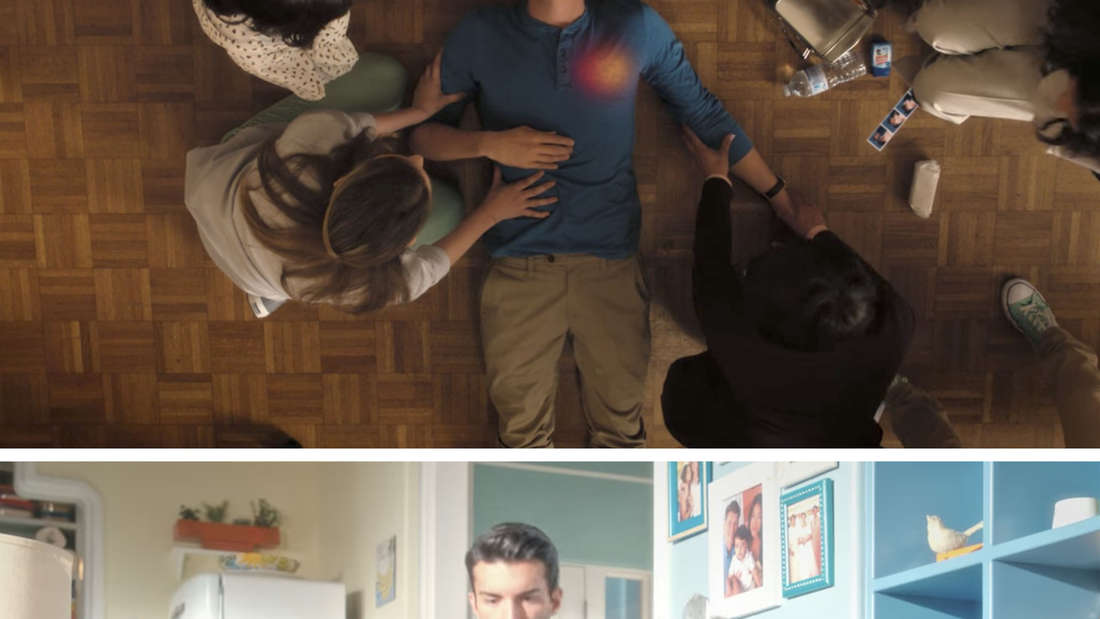 “I always loved the relationship between Jane and Michael about the show. When he died I was really shocked! I kept looking until Jane and Rafael got back together. To me, the whole thing seemed like Michael was 'killed' on the show so that the two of them would end up together. Michael deserves better. "

9. When Jack is shown dying in This Is Us.

"After that, the series just lost its magic for me."

10. When Carl died in The Walking Dead. 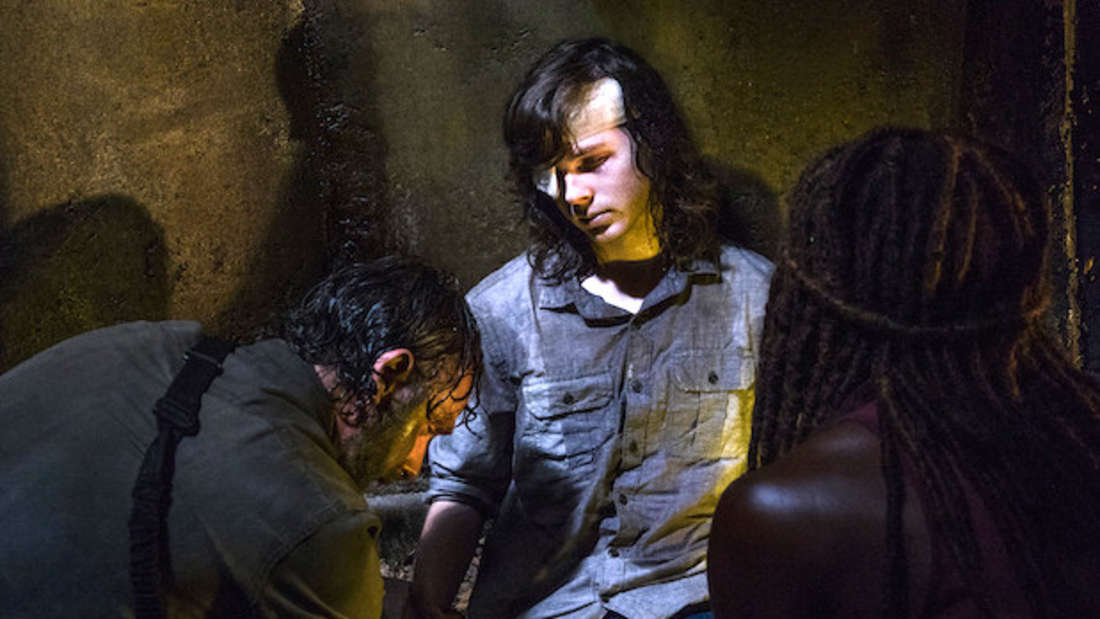 “Carl is such an important character in the comics, who stands for a better future, so his death made no sense. I can accept deviations from the original, but for me that destroyed the whole idea of ​​the series. He had to die this idiotic death, so I couldn't look any further. "

11. When the original students graduated from Glee. 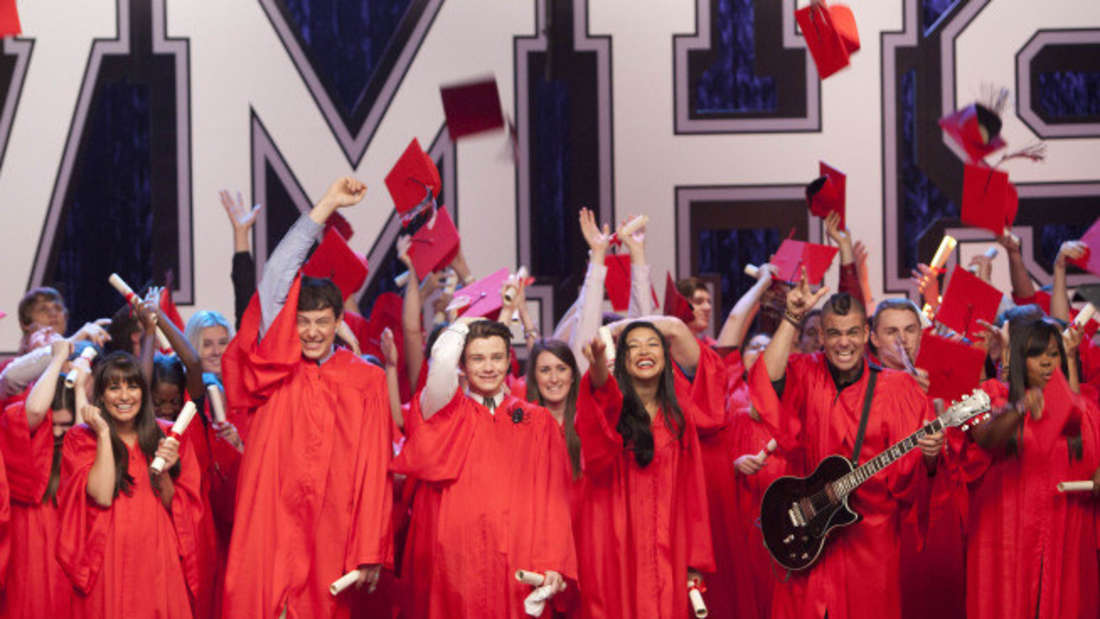 “When the original characters graduated and the plot was split between New York and Ohio, that was it for me.

I felt like the same storylines were being retold. After that I didn't feel like doing the series anymore.

12. When there was a happy ending for all characters in season 6 of Once Upon a Time.

“I was a fan of the series from the start, but after season 6 I didn't want to stick with it. The last episode was beautiful and for me it was the perfect ending. In season 7, the series more or less started over, but without my favorite characters. No thanks!"

13. When Poussey was killed in Orange Is the New Black. 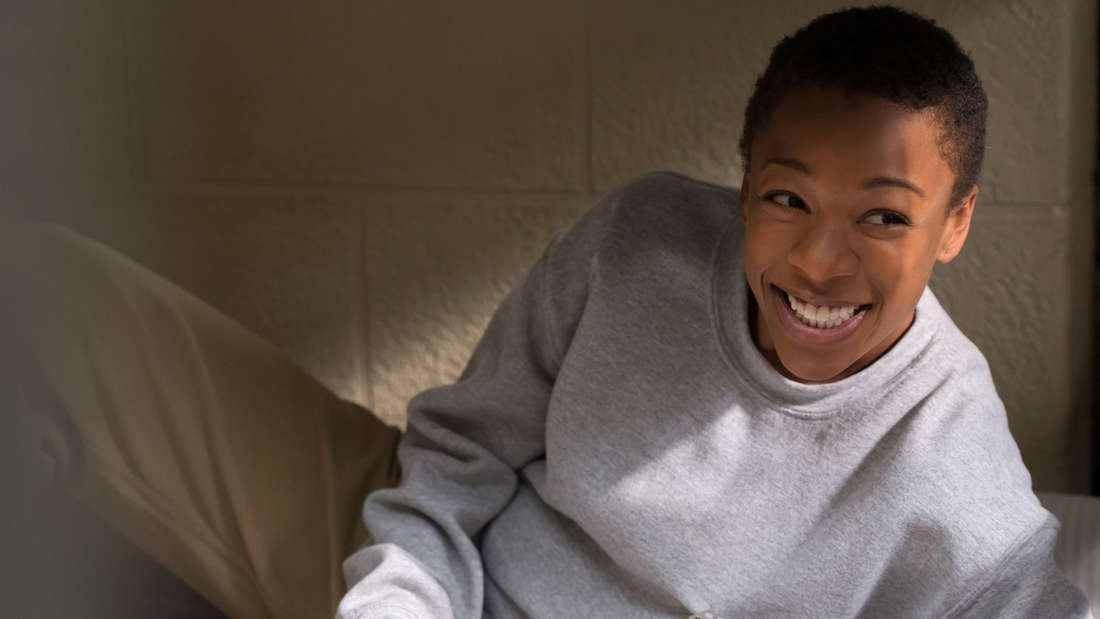 “She was the only character I really liked and I was really shocked when she died. After that I just couldn't watch the series anymore. "

14. When Olivia was kidnapped in Scandal and Fitz started a war to free her.

“It was so ridiculous for the president to be at war to save his beloved.

I had the feeling that the series couldn't resolve this matter conclusively, so I didn't watch it anymore. "

15. The Red Wedding in Game of Thrones. 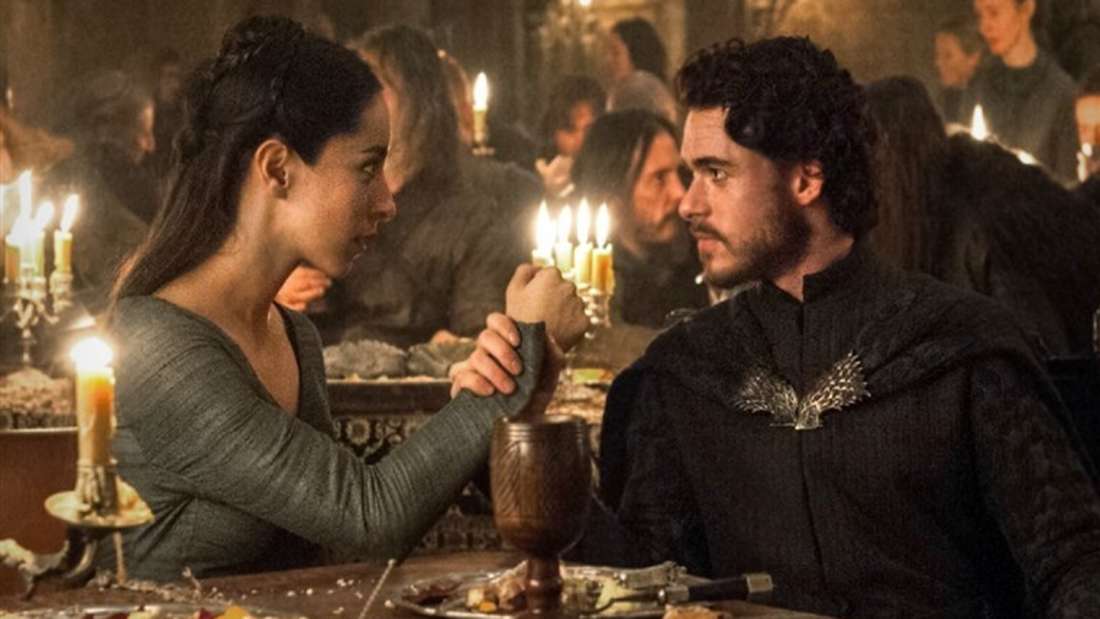 “For me, all the deaths in this episode were hard to bear. I haven't watched several seasons and am only now considering getting back into the series. "

16. When Liam almost died of a cocaine overdose in Shameless after Fiona left it lying around.

“After that, I didn't like Fiona as a character anymore. Although she had a lot to do, she should have taken care of Liam. I loved the show before, but couldn't watch it afterwards. "

17. When Dean was able to talk to dogs in Supernatural. 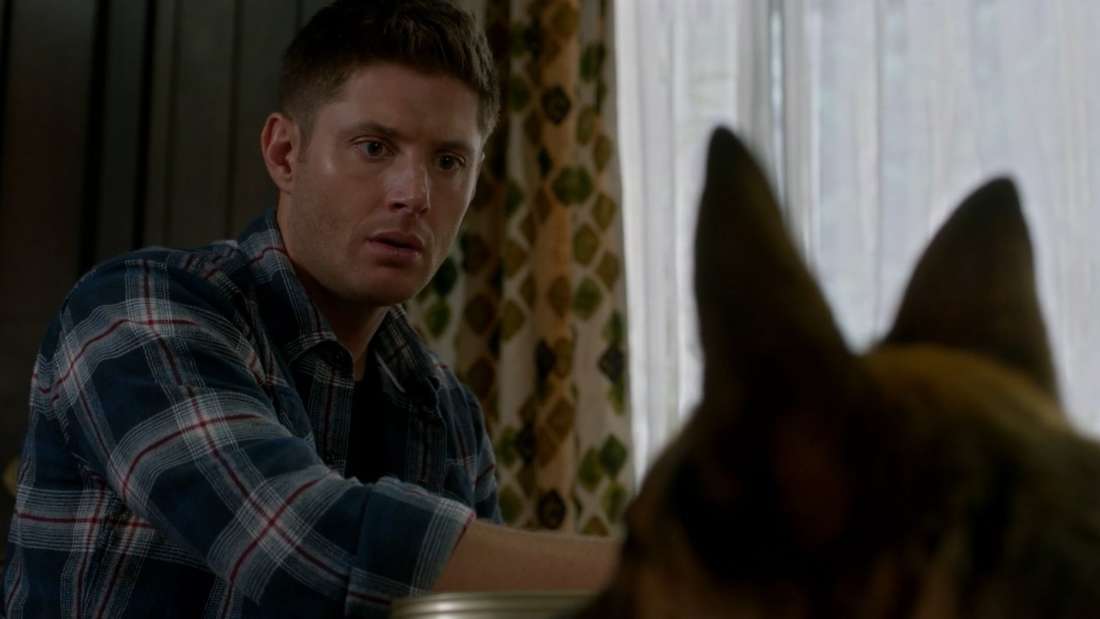 “The moment Dean was able to talk to dogs, the show died for me. I haven't seen the episode to the end, nor any more since. "

18. When Luke suddenly had a daughter in Gilmore Girls. 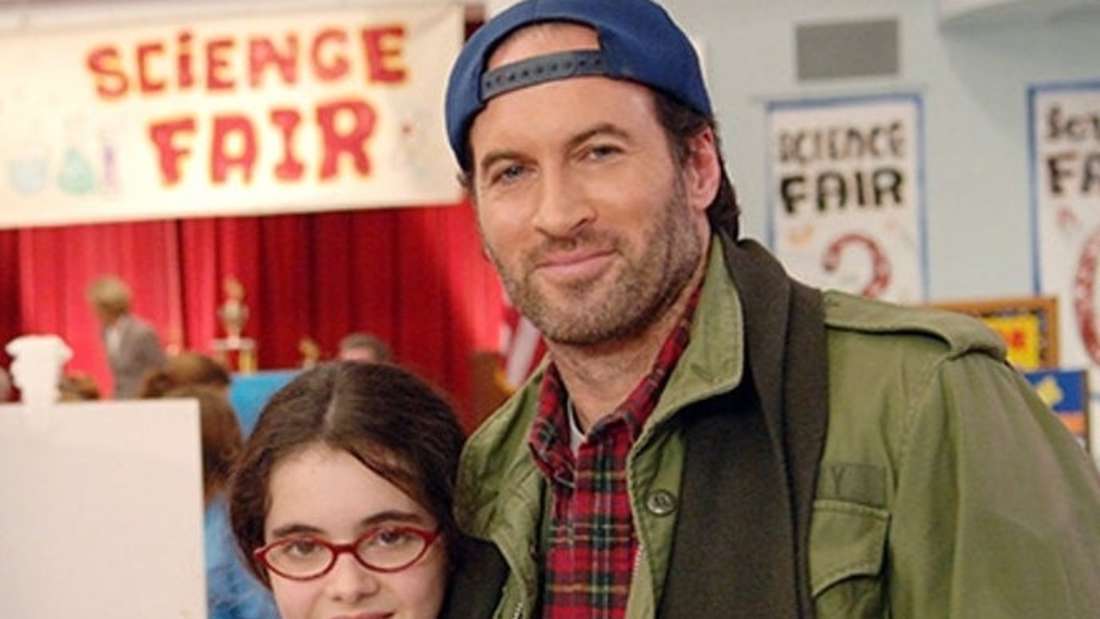 “For me, April's appearance was absolutely unnecessary and just meant to bring more drama to the series. Also, I knew the story would drive a wedge between Luke and Lorelai, which was just as unnecessary. Shortly after that, I stopped watching the series. "

19. When Archie started the Red Circle in Riverdale. 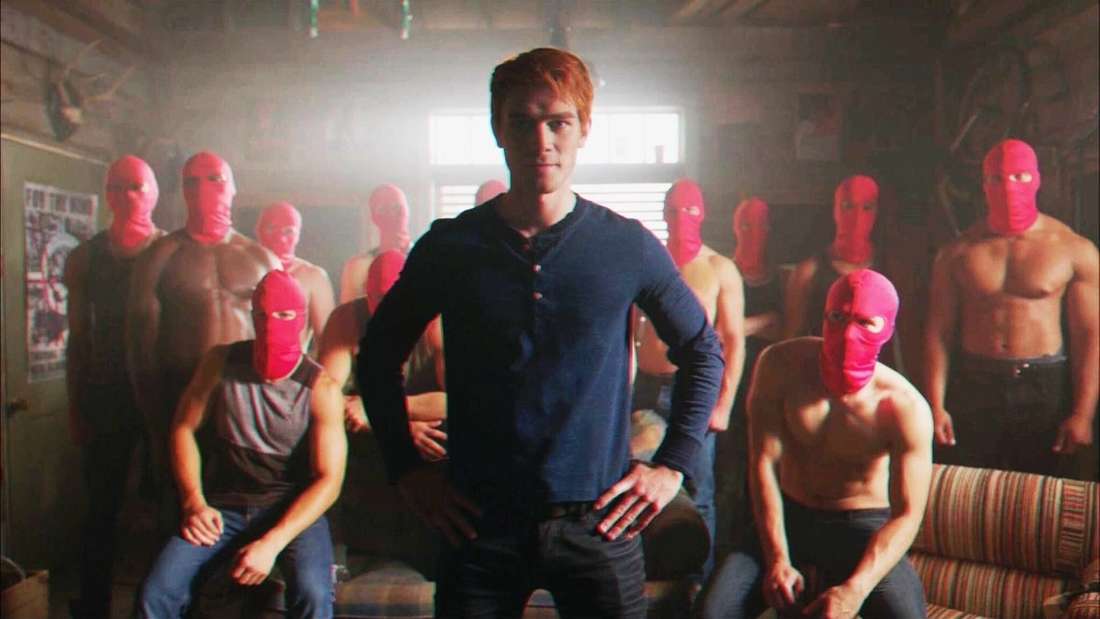 “When Archie recorded this video with his topless friends, that was it for me. After that I wasn't interested in the series at all because it had become so ridiculous. "

20. When it was revealed in Pretty Little Liars that Cece was actually Charles. 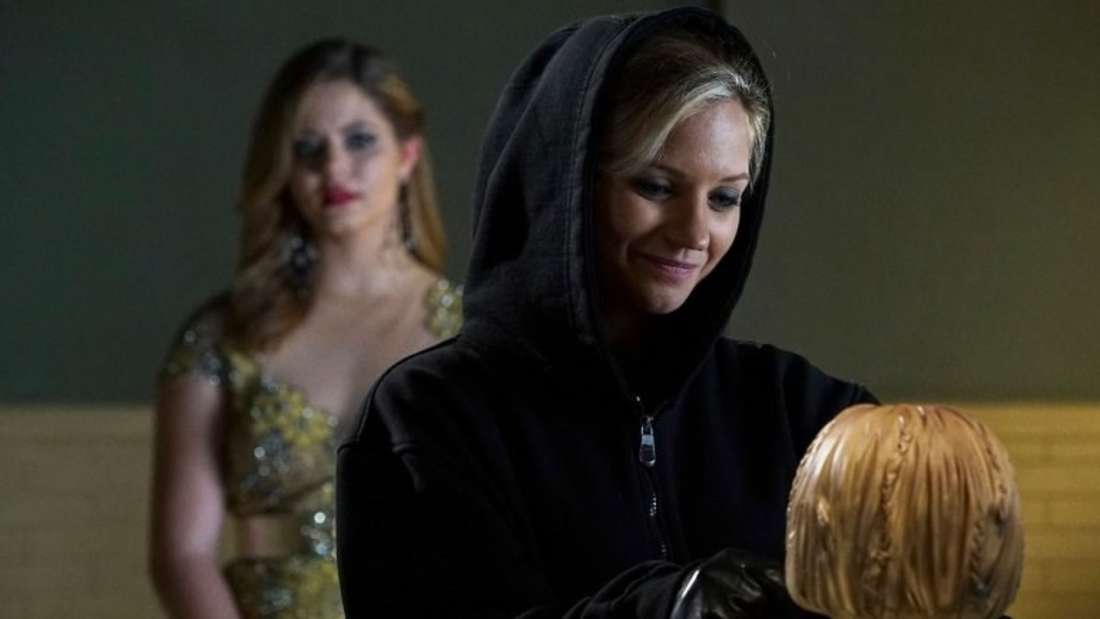 “When it turned out that Cece was actually Alison's brother Charles, it didn't make any sense. It was also pretty insulting and ruined the rest of the show. This created so many inconsistencies in the plot. I didn't follow the series any more. "

“I stopped watching the show when Cristina was no longer there. For me, she made Meredith's figure complete. Without her, the series just wasn't the same. "

22. When Dexter found Rita dead in the bathtub. 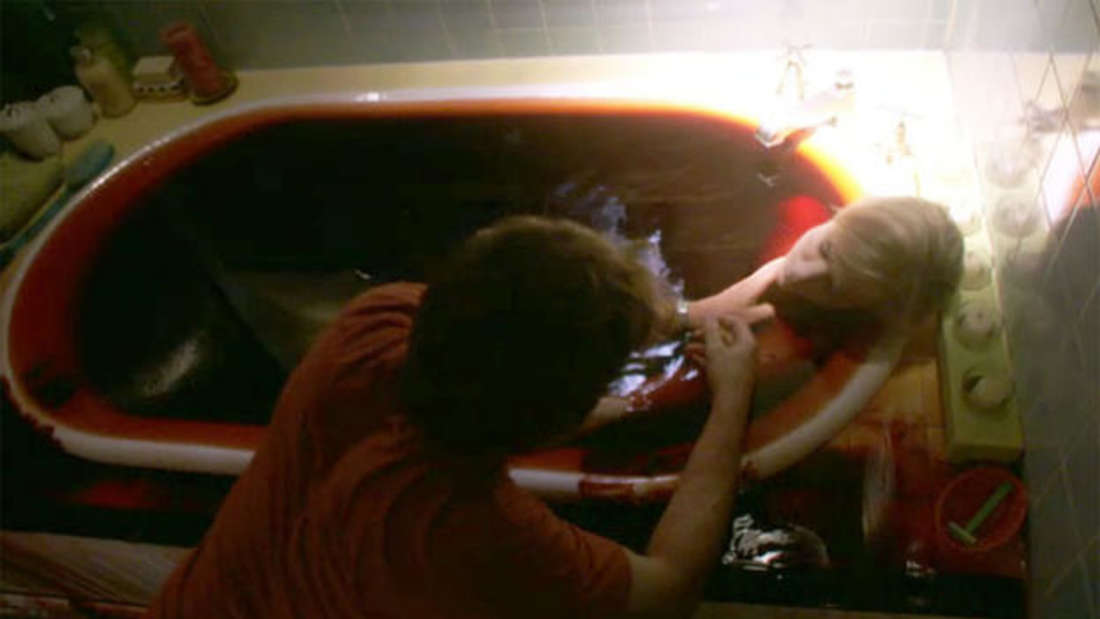 “When Dexter found her light in the bath full of blood, I couldn't shake it off so quickly! I had nightmares for weeks! After that I couldn't watch the series to the end. "

23. When Matthew and Sybil died that same season of Downton Abbey. 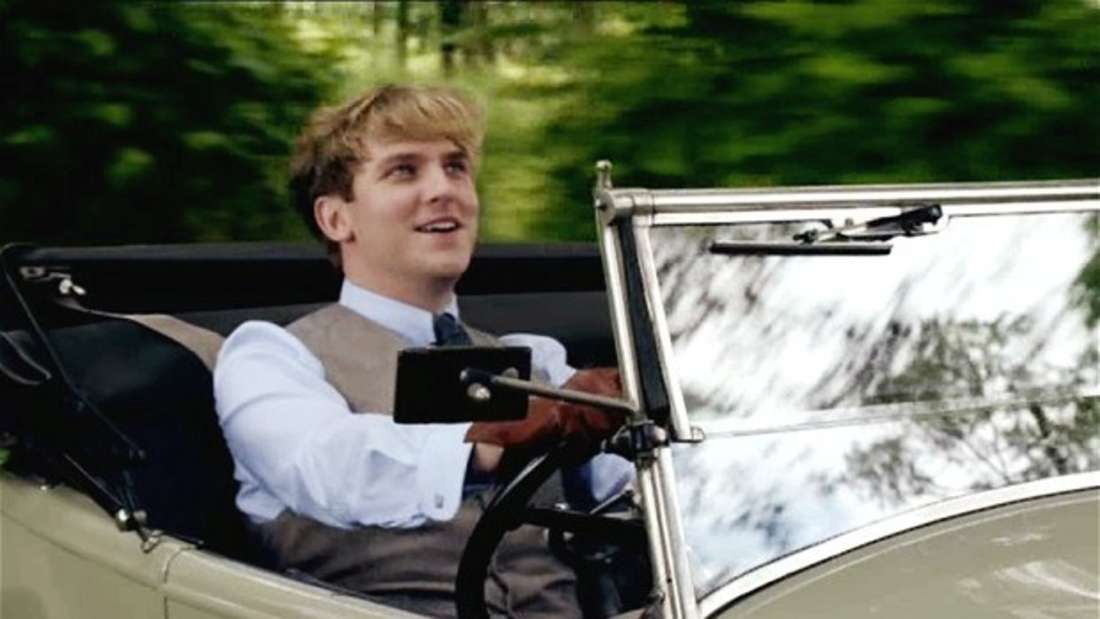 “I couldn't cope with Sybil and Matthew dying in the same season. The fact that he was killed in the last 30 seconds of the season finale finally broke the barrel for me. "

24. When the doctors at Grey's Anatomy had the plane crash.

“The fact that Mark and Lexie died really knocked me out. Also, I couldn't take the show seriously anymore because terrible things happened to the same group of people over and over again. Then I stopped looking. "

25. When Opie is killed in Sons of Anarchy. 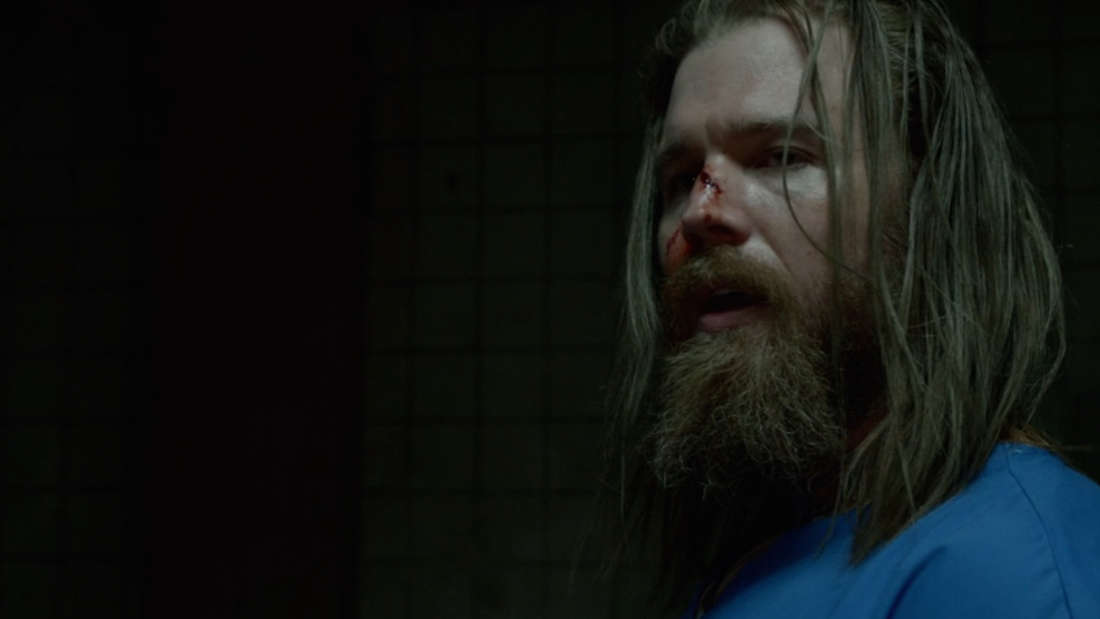 “I found that Opie's death put Jax on a path he couldn't return from. For me it was because one of my favorite characters died with it. "

26. When it turned out in How to Get Away With Murder that the body was Wes.

"Wes was the soul of the show and his death was just too much for me."

27. When Derek died in Grey's Anatomy. 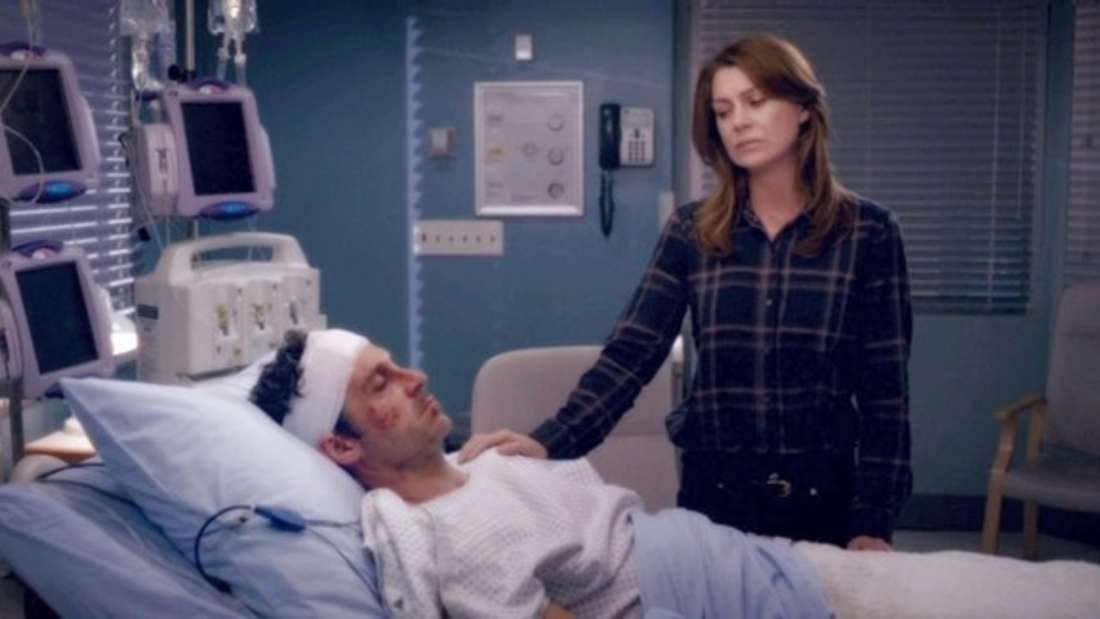 “I haven't watched the show since Derek died. Many characters died in Grey's Anatomy, but I couldn't recover from Derek's death.

Derek was so important to the show and to Meredith, so it just felt wrong for me to look any further. "

28. When Barney and Robin broke up in How I Met Your Mother. 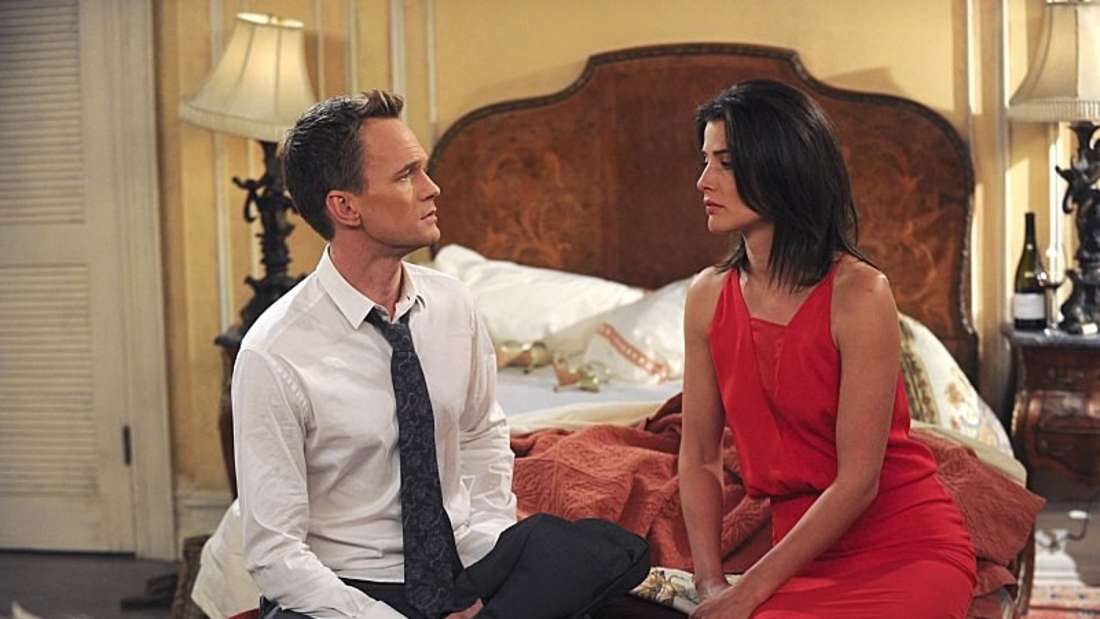 “I know they only broke up on the last episode, but I couldn't watch the show again after that. The entire final season was about Barney and Robin's wedding and it was basically all for free.

I thought it was terrible. "

29. When Dan and Blair got together in Gossip Girl.

“That Dan and Blair became a couple didn't make any sense at all.

To this day I haven't watched the end of season 5 or the last season because of that. "

30. When Lucas and Peyton got off One Tree Hill.

“When Lucas and Peyton left Tree Hill at the end of Season 6, the show died for me. I wasn't a huge fan of either of them, but they were so important to the show as a whole. I didn't follow the series after leaving. "

31. When Tyler was attacked in the bathroom in Season 2 of Dead Girls Don't Lie.

"I don't plan to Dead girls don't lie to look further. The gruesome, brutal attack on Tyler in the final episode of season 2 was simply unnecessary. I don't think the producers have learned their lesson on trigger warnings. "

32. When Grey's Anatomy had a musical episode. 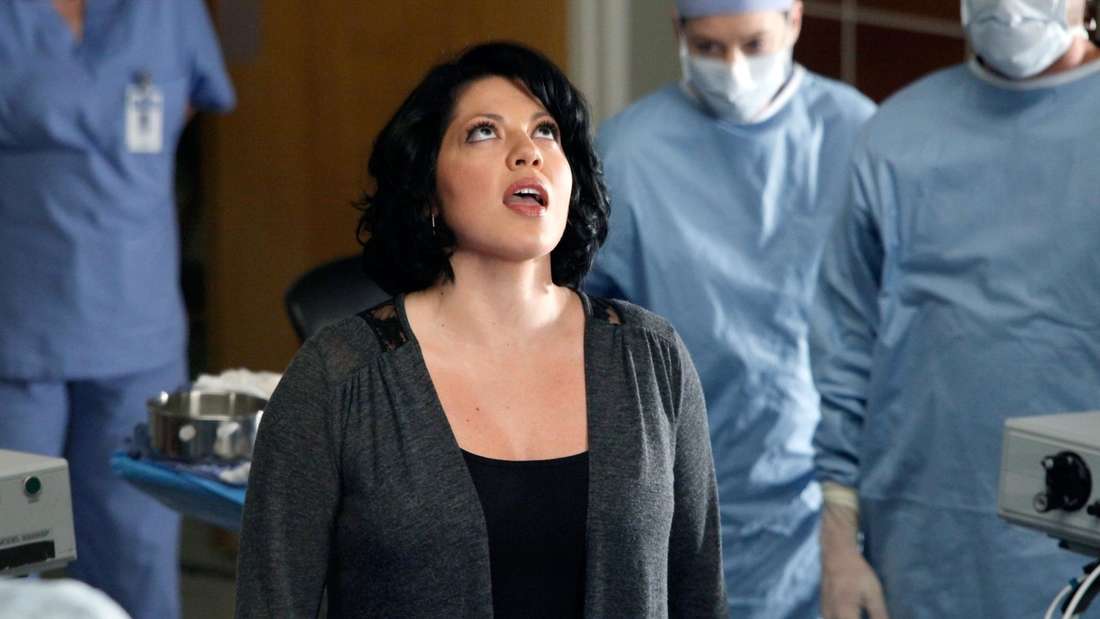 “Actually, I wasn't in the mood for the series anymore, but the musical episode was the fatal blow. To see Callie standing over her lifeless body and singing was just too much. "

33. When Glenn had to die in The Walking Dead. 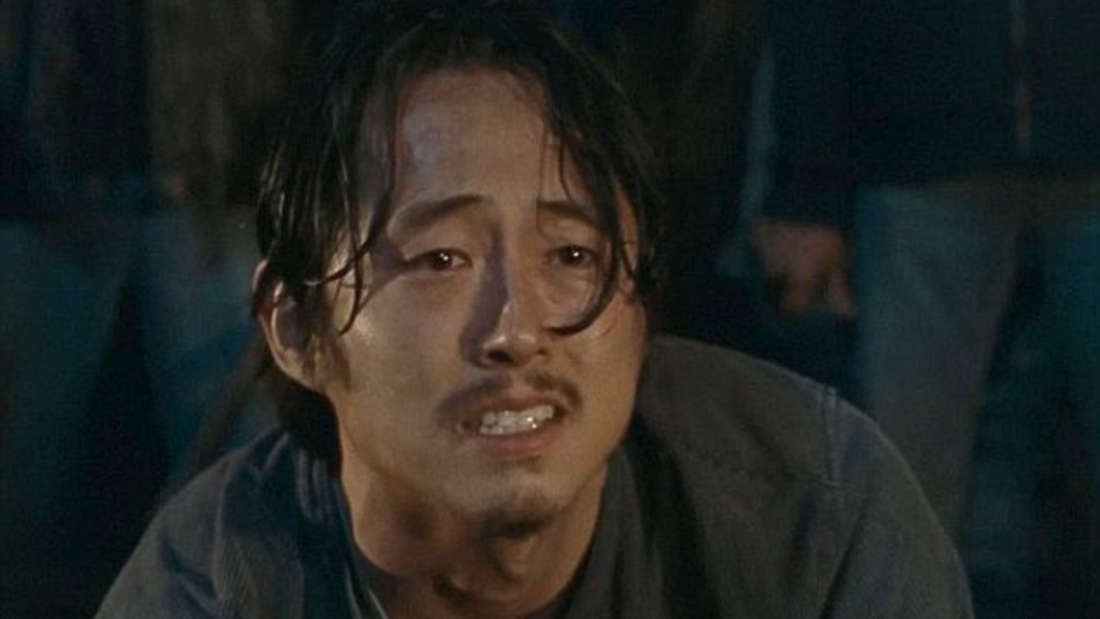 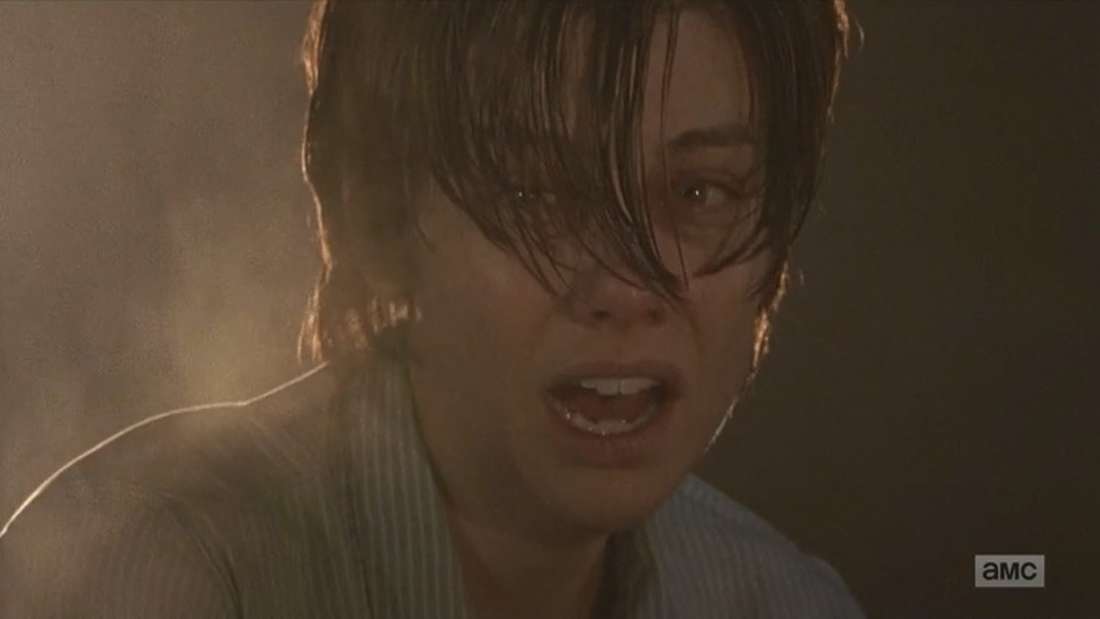 “I know it happens that way in the comics, but Glenn was the heart of the show and letting him die was a huge mistake. Even before that, when it looked like he was dead, I thought about not doing the show anymore, but I persevered.

I was so happy when he finally reappeared - but then my heart was ripped out of my chest half a season later. I haven't watched another episode. "

Note: The articles have been edited for length and / or for better understanding.

This article first appeared in English.