GoT: Between the Lines (Part II)

There are questions that are harder to answer than others. What was before the big bang? What is in the middle of the singularity of a black hole? Why can't sharks swim backwards? One question more interesting than the other.

At game of Thrones respectively The Song of Ice and Fire is such a question: Who is Azor Ahai anyway?

Only sketchily in the series, mentioned much more often in the book, it remains here similar to one or the other scientific question: You cannot give a precise answer at all. I will therefore have to make assumptions in this article.

Danger: This post contains a number of spoilers. You shouldn't read it until you've finished the series.

In game of Thrones There are not just a few lands and kingdoms, but just as many beliefs or gods. One of these gods is R’hllorwhich you better than that "Lord of Light" or the "Red God" should be known. In Westeros itself, R’hllor has only a few followers, e.g. the witch Melisandre or Beric Dondarrion. In Essos the belief in which the Lord of Light fights against darkness is again widespread. 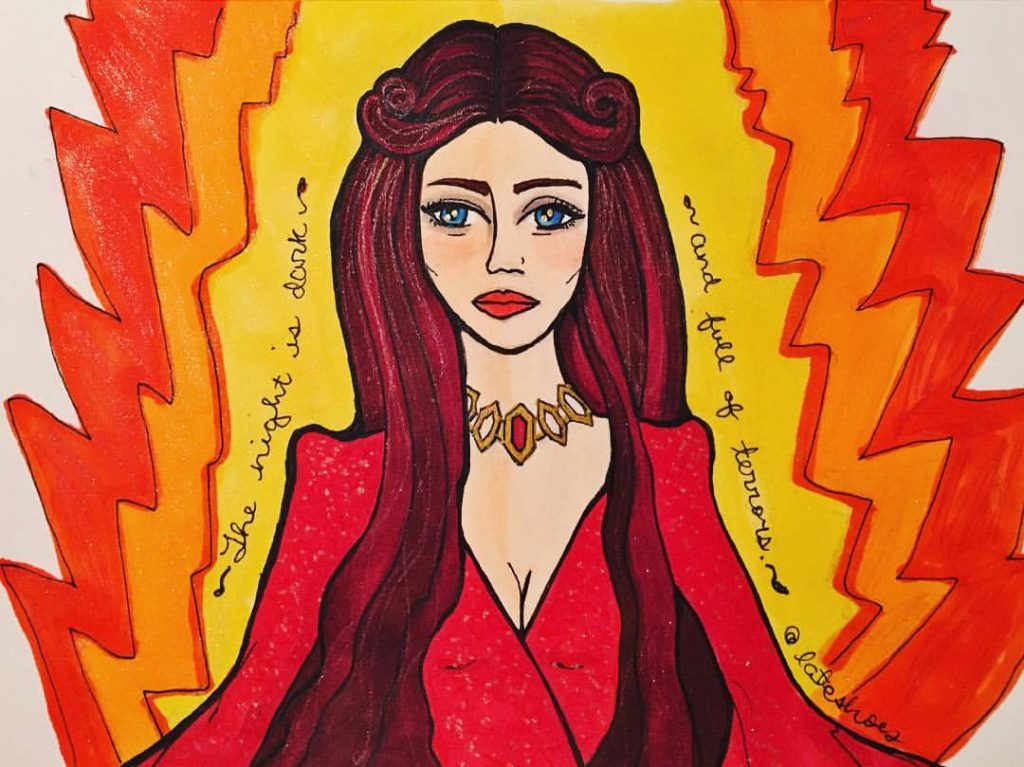 Melisandre describes this fight “light against shadow” with the following words:

“The night is dark and full of terror, while the day is bright and beautiful and full of hope. Everything in the world is either black or white, ice or fire, hate or love, bitter or sweet, good or bad, death and life. There is a war between these two only powers. Powers that have existed since the beginning of time: on one side there is R'hllor, the Lord of Light, the Heart of Fire, the God of Flame and Shadow, and on the other side the Great Other, whose name is not pronounced may, the lord of darkness, the soul of ice, the god of night and terror. "

Borderline sends its regards. Of course, what is meant here is the struggle between the living and the dead (i.e. the white hikers and their entourage).

Azor Ahai is the name of a historical, legendary person from the city of Asshai (this is where Melisandre comes from) and has the world of Game of Thrones probably saved from destruction from the first attack of the White Walkers during the "Long Night".

Strictly speaking, the legend only speaks of the fact that Azor Ahai tried three times to forge a weapon to drive away the darkness that lay over the world. He ultimately succeeded in thrusting the freshly forged sword called "Lightbringer" through the heart of his beloved wife, Nissa Nissa. Anyway ...

In Asshai and among the followers of R’hllor, there is a prophecy that Azor Ahai will one day be reborn as the prince who was promised. All of Melisander's actions (some of which are very questionable), which culminated with the burning of Shireen Baratheon, are based on this prophecy.

The prophecy of Azor Ahai's rebirth speaks of a time after a long summer in which a red star is bleeding and darkness and cold increase - which indicates the presence of action from Game of Thrones applies. Here, at the beginning of the first season, a summer of about ten years is drawing to a close. Winter is approaching and for the entire second season there is a red comet in the sky.

The prince who was promised is to be born (according to prophecy) between smoke and salt. It is also said that he could raise dragons made of stone and pull a sword called "Lightbringer" out of the flames. He is also said to come from the line of Aerys II (the "Mad King") and his wife and sister (incest is a big deal with the Targaryen) Rhaella Targaryen. Also not unimportant: the prince can also be a princess, because the prophecy is in Valyrian. There the corresponding word is gender neutral.

In the books of George R.R. Martin, the red priestess Melisandre is currently still convinced that Stannis Baratheon must be Azor Ahai. That was also the case in the series for a long time. But there Stannis is now dead. He died outside the walls of Winterfell, slain by Brienne von Tarth.

So who else is there?

All the following suggestions and assumptions are the result of countless hours of research and only reflect my opinion.

An animal resident of Westeros ‘would have the potential to be the reincarnation of Azor Ahai.

He was born on Khal Drogo's pyre (smoke) to Daenerys ‘tears (salt) and awakes from petrified eggs. And he even has a fiery sword - in the metaphorical sense. In contrast to many of the other candidates on this list. The dragon fire shoots out of its throat in a long beam that may well resemble a sword blade. And even the line of Aerys II. And Rhaella he comes in a certain way, after all Daenerys calls him again and again as one of their children.

He wields a flaming sword and has been revived several times by the Red Priest (Thoros of Myr) - which can be seen as a kind of rebirth. Salt (shed tears) and smoke (at least resuscitation takes place in a smoky cave) also played a role.

Otherwise, however, not much speaks for him. He died much earlier in the book than in the series, and in season eight he sacrificed himself for Arya Stark in the Battle of the White Walkers.

Jaime doesn't seem like a particularly likely candidate for the prince who was promised either. But you can bend such a prophecy until it fits. I did that for you once.

However, this theory can only apply to the book series: If Cersei set King's Landing on fire and Jaime kills her because of it (here we come back to the Valonqar theory), there would be salt (sea / tears) and smoke (fire). And with a lot of imagination he could even come from the line of the Mad King. After all, he only got the name regicide thanks to the murder of Aerys II.

There is also the theory that there is a translation error in the whole prophecy matter, because the words for “Lord”, “Gold”, “Light” and “Hand” sound very similar in Valyrian.

So in the end, is a warrior with a golden hand the savior of Westeros?

She comes (without a doubt) from the lineage of her parents Aerys II. And Rhaella, was born on the volcanic island of Drachenstein between salt and smoke, during a violent storm (storm daughter) and was practically the stake on Drogo's pyre at the time of the red comet born again.

She's also the only one to whom the Stone Awakened Dragons part applies. The only thing she hasn't pulled out of the flames is a sword.

How exactly the prophecy fits Jon Schnee aka Aegon Targaryen can be found in his past. If Jon was indeed the prince who was promised, it wouldn't surprise anyone, but the way the prophecy might apply to him would be rather unusual.

The bloody star at his birth could be the blood-stained sword forged from a fallen star. In the flashback in the sixth season we see that the young Ned Stark is holding the sword "Dawn" of the fallen Ser Arthur Dayne in his hand when he finds his dying sister Lyanna in the "Tower of Joy".

And could "raise dragons of stone" perhaps mean that he has conquered the heart of Daenerys, which has been closed since Drogo's death?

Is it an empty prophecy that may no longer play a role in the novels or is it just the case that one of the above candidates is the reincarnation of Azor Ahai? Or is it maybe someone completely different?

Should the author increase his writing speed a little, we might find out in his last volume A dream of spring.

Want more about Game of Thrones? Then be sure to read Mirco's guest post about the two most famous fan theories of all.