Can humans get giardia from dogs

Giardia in dogs - what should you know and do now?

How do you know that your fur nose is sick?

Giardia have attacked your dog, is one of the typical symptoms of diarrhea. This can occur in different and changing intensity. Sometimes there is mucus and also blood underneath. Often times, adult dogs with giardia show no symptoms. Especially if they are otherwise healthy, the disease has no effects. It looks different with puppies, young dogs and sick animals. They often don't just have Diarrhea, but also vomiting and eating badly. In addition, puppies are often infected with other intestinal parasites in addition to the Giardia, for example coccidia.

Giardia - what is it anyway?

Giardia lamblia or intestinalis are unicellular parasites (protozoa) and pathogens of giardiosis. Infection causes diarrhea and vomiting in dogs. Giardia occur worldwide and can also be transmitted to humans. There are different genotypes and not all of them affect every animal. Some are only found in certain animal species, others are spread across several and humans.

A so-called parasite is typical of these parasites homoxic life cycle. This means that they only develop in a host. The dog absorbs the Giardia as cysts from its environment. They then become trophozoites in the small intestine through the gastric pH value and the bile, which are in the active life form and multiply. They then distribute inside and in the lining of the small intestine and sometimes the large intestine. There They feed on the mucus of the intestine and, in particular, on carbohydrates from the food pulp.

In order to multiply, they split lengthways and more cysts develop. If a dog has Giardia, it excretes it again in the faeces. In this way, other animals can become infected with the protozoa if they sniff or eat it.

Are Giardia dangerous to humans?

The disease is a zoonosis. It means that We too can become infected with Giardia and then have irregular bowel movements or diarrhea. It is also possible that an infected person infects his dog with Giardia.

Similar to fur noses, the disease is not dangerous for adults. However, it can be dangerous for children and adults with previous illnesses or a weakened immune system.
You can get infected with giardia through a smear infection. Food and tap water can be contaminated by an infected person's stool. If you consume some of it, you can become infected with giardiasis. Another way is that the Giardiamove from dogs to humans. This can happen, for example, if you come into contact with the faeces of your four-legged friend. Collect his legacy should you have no contact with it. How to do it right: 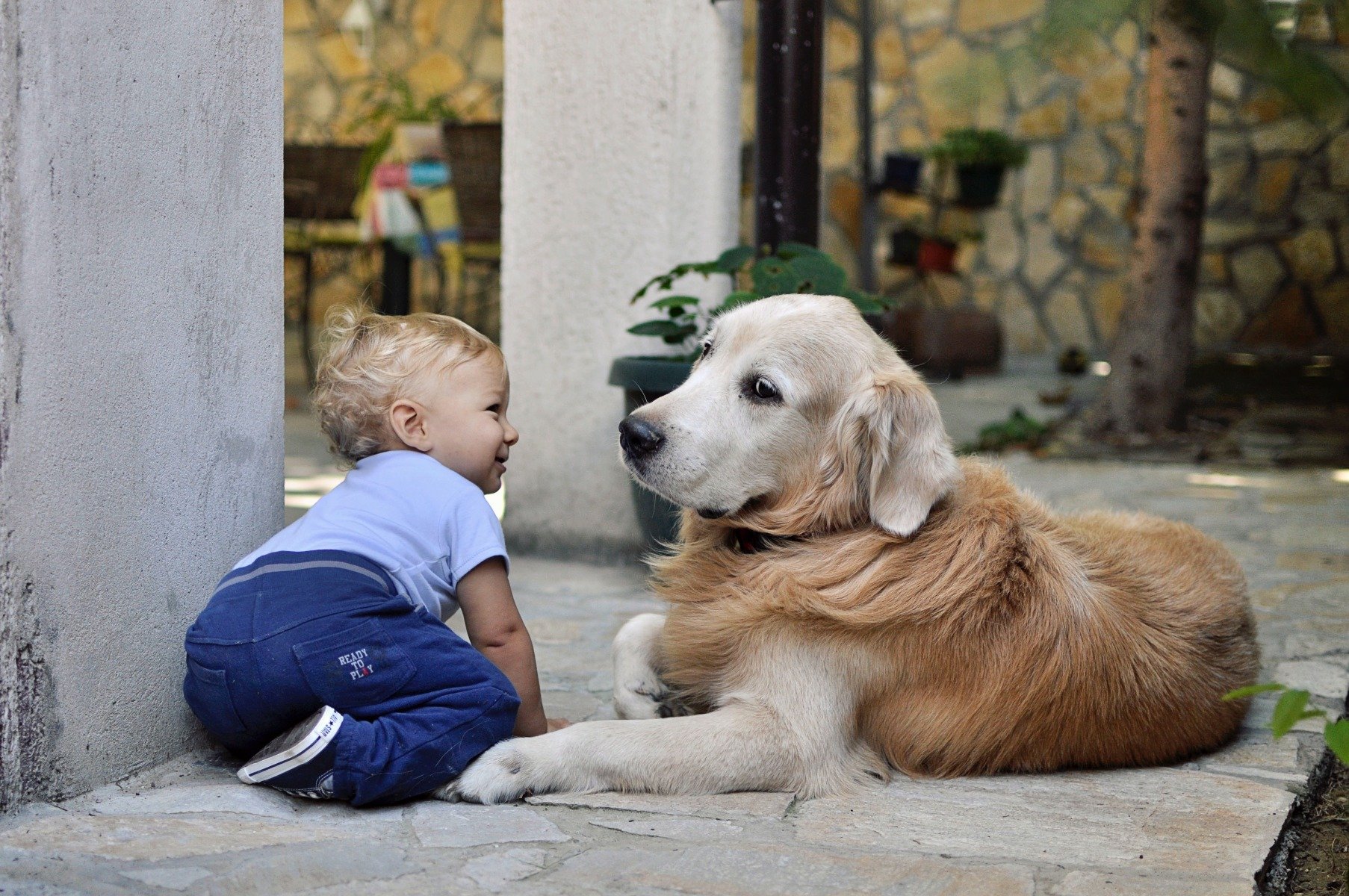 How does the treatment of giardia work in dogs?

First of all, a specialist should actually determine the disease. If your four-legged friend has typical symptoms, you should take him to the vet immediately. He can diagnose giardiosis and knows what to do about giardia in dogs. The diagnosis is made using a fecal sample. If you visit the vet for diarrhea in your fur nose, ideally bring it with you to the examination.

Furthermore, it can contribute to the success of the treatment if the infection with Giardia in dogs is treated with special food. A highly digestible and low-carbohydrate diet can have a supportive effect because the parasites in the intestine mainly feed on carbohydrates. Grain-free dog food, for example, contains potatoes instead of high-carbohydrate grains and can be suitable for a special diet if giardia needs to be treated in dogs. Find out more about the right diet for your furry friend from your vet.

How long is a dog contagious with giardia?

As long as your fur nose carries the parasites, he can pass them on. The medication prescribed by the veterinarian should be administered exactly as he has prescribed. When the therapy is over, the veterinarian should receive another sample of the faeces. He checks this and if the result is negative, Your dog has run out of Giardia and is therefore no longer contagious.

What can you do as a preventive measure? 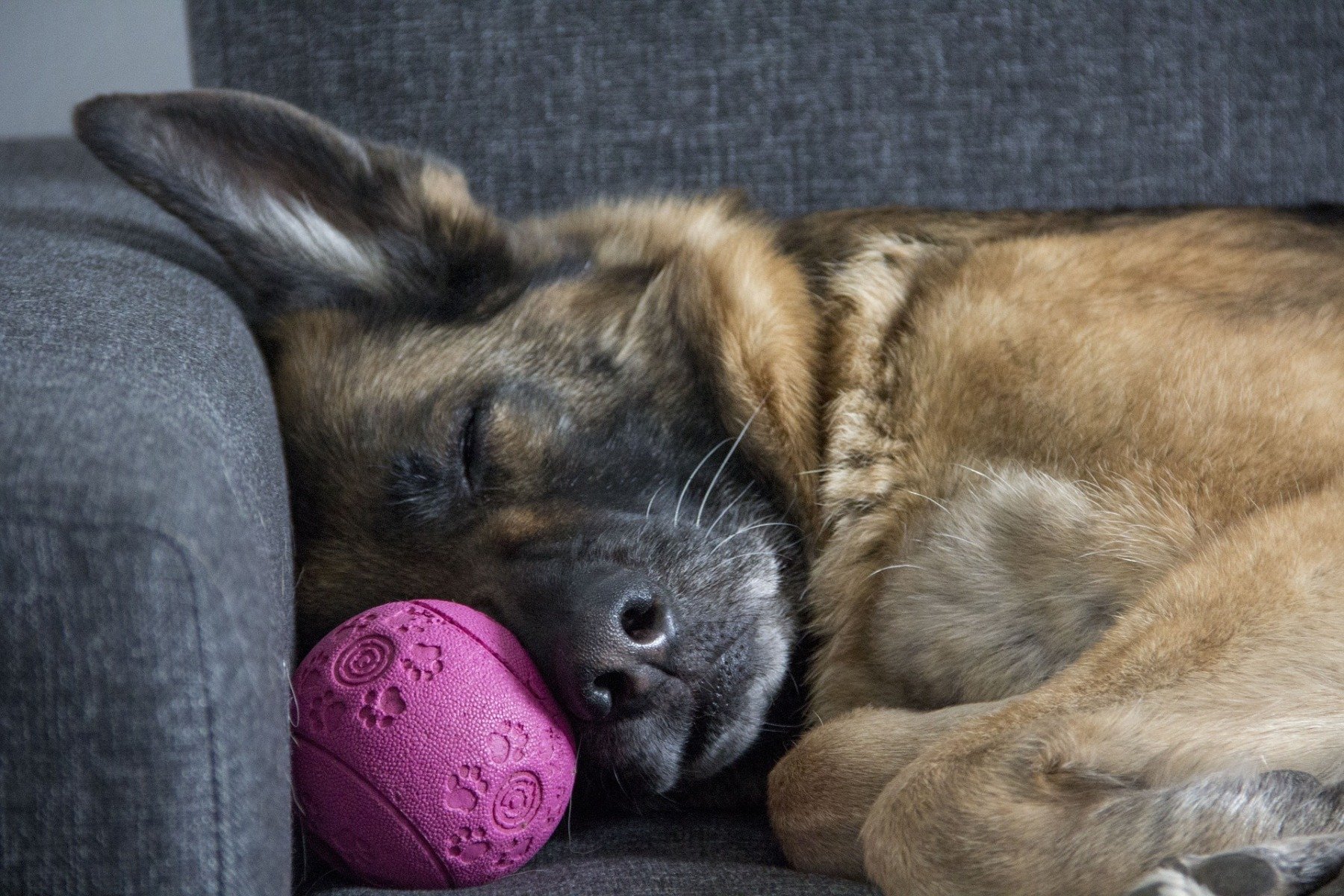 If there are many dogs in your neighborhood, it can easily happen that they play ping-pong with giardiosis. This risk also exists if you go for a walk in places that are popular routes for dogs and masters. To prevent others from contracting the parasites, you should Always collect the droppings of your furry friend and dispose of them properly. In most cities and towns, this is the duty of dog owners anyway and should be taken for granted.