Who is the most photographed musician

The life of band photographers The invisible band members

Take a few photos, sip some sparkling wine and be very close to successful bands - for many, the job as a band photographer sounds like a dream. It is much more complex and important than we think. 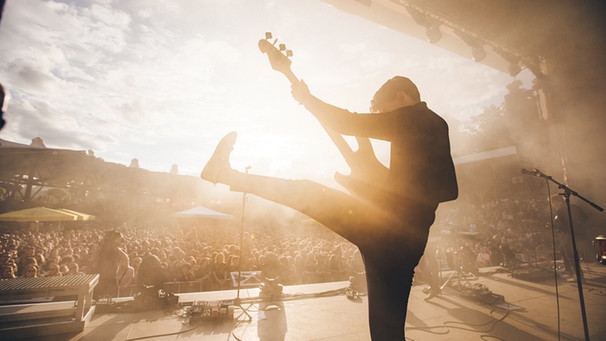 Chilling in the tour bus, going off the stage and having a beer after the show - we see all of this with many bands on their social media channels and we are happy to be part of the great mystery of tour life. Of course, the photos are rarely taken by the band themselves, but they have their own photographers. And even if it sounds terribly glamorous to be so close to musicians * and to see everything: the job as a band photographer is stressful. 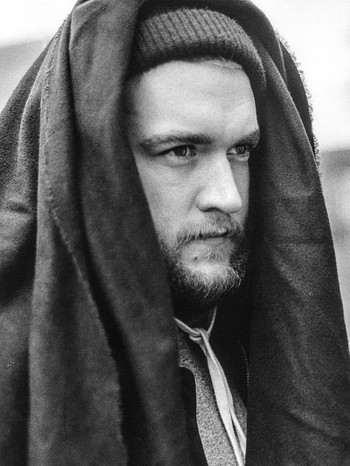 "My everyday life is pretty much the same as that of the band." says Nils Lucas. He photographs the Giant Rooks, Von Wegen Lisbeth and Faber, among others. "When we go to festivals together, it starts the evening before. We take the overnight bus to the location. Often the bands have a soundcheck in the morning, which means you get up at 9 o'clock. That's when it starts Then I start taking photos of all the trappings, that is, behind-the-scenes stuff and a little glimpse into everyday tour life. Then there's the sound check, lunch and then we all have a bit of free time until the band plays in the evening Then try to put in a little shoot so that I have a few different types of photos at the end. The concert in the evening is a main part of my work. For the crew and for the band that is the end of the day, for me but not. "

Translated, this means: Always be there, always be awake when the band is too - and still work when the others don't. One of the biggest parts of a photographer's job is image editing. Sometimes around 800 photos are shot in a day, but only around 40 to 60 photos make it into the final selection. It can also happen that the next morning, when everyone is still asleep, you sit there and have to edit pictures, explains Nils. He studied photography in Berlin and got to know bands through the local music scene, which he now accompanies on tour.

You have to gain trust - and above all keep it

To get to the point where you can hang out with bands and take photos, you need one thing above all: mutual trust. And that has to be built up first. Because for bands and musicians, external perception is part of their job, a role that they play - but also part of their private sphere. Photographers have to understand this and implement it. A photographer's style also consolidates the band's brand and puts it in a certain light. In practical terms, the band photographers do marketing for the bands. "I've known some bands like Faber for a really long time, they're friends of mine and of course it's easier to trust each other. That's very important," says Nils Lucas. 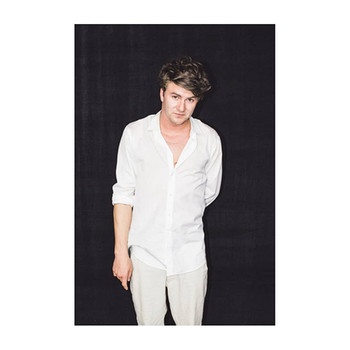 Jean Raclet photographs, among others, the Parcels and AnnenMayKantereit on tour. He moved to Germany from France a few years ago, was given an analog camera and just started taking pictures. "I always said jokingly that I wanted to go on tour with the Arctic Monkeys," says Jean with a laugh. Even if it sounds very simple and cautious in its story, you definitely need photographic skills to be able to do this type of job.

"I try to spend as much time as possible with the band members, but at the same time give them air to breathe and not annoy them. It's a fine line sometimes. You just can't and don't have to break the trust they give you get to know each other step by step. That just takes time. But that's how you get to know the people in the band and adapt. " 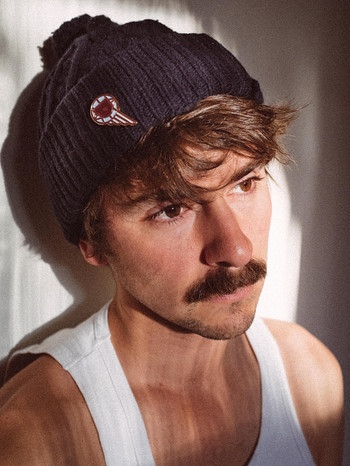 Adjusting is a skill that band photographers need to master to perfection. They are there to document. "This is my job and I am completely okay with it," says Jean Raclet in English with a French accent. As a precaution, he always has his camera with him on tour so as not to miss anything. His everyday life as a photographer looks similar to that of Nils. Get up before the band wakes up, always be there, take pictures of the concert and edit pictures at the end. As exciting as the surroundings and the situation are, everyday life is unspectacular.

"I make it very explicit that the band has control over which photos are published. I would never just give out something that I know they don't like. The band trusts me completely and almost takes me as a photographer no longer true - these will be the best photos. " 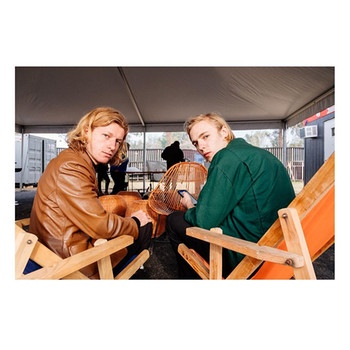 Yes, this is a real job

Band photographer is a full-time job, especially in summer. Many bands then play a festival almost every weekend, which of course has to be captured with the camera. Photographers are just as much part of the crew as the lighting people or sound engineers are, and are paid accordingly. Nils Lucas can make a living from it, he photographs several bands and is therefore almost always on the go. But he also has 10 days off in a row - but that's also 10 days in a row on which he does not earn any money, because photographers are almost always self-employed and therefore not covered.

Of course you would have more stability and make better money with fashion or advertising photography - but that wouldn't be anything for Nils. "I think I would perish with it. That's just zero my passion. Photographing a band is just a different kind of photography that I enjoy a lot and I just feel like doing it."

The best pictures are available before the concert

There is a certain time of the day when the best photos are taken - Jean and Nils agree. Surprisingly, this time is not after the concert, but before: "About an hour before the band goes on stage, the best photos come out. There are the most honest moments and therefore the best pictures," says Nils. "The musicians then get excited or sometimes stressed and then they perceive me in the room even less," adds Jean.

Even if one of the most important skills of band photographers is not to be seen or noticed, they sometimes deserve a little more attention - after all, they shape the image of a band and thus also bear responsibility. You shouldn't forget that the next time you think to yourself: What a relaxed job.