What are rock music memorabilia 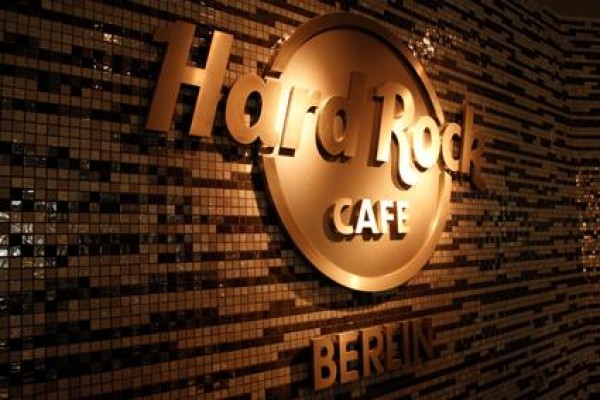 Berlin, April 14, 2010 - The move is planned for the end of April, the preparations are already in full swing: The team at the Hard Rock Cafe Berlin is taking care of the installation of the exhibition of national and international music memorabilia for the new one Location at Kurfürstendamm 224. There will be brand new memorabilia from popular German bands:

Silly brought a guitar over personally. Even the guys from Culcha Candela insisted on taking a look at the new location in advance and leaving a stage outfit as a souvenir. Sportfreunde Stiller sent greetings from Munich and the bottle drum kit of their "MTV Unplugged" show. In addition, the Hard Rock Cafe is happy to receive a suit and a mask from "Stadtaffe" Peter Fox as well as instruments from Beatsteaks, Rammstein, Wir sind Helden and Reamonn.

These pieces will be included in the global collection of rock memorabilia, as will the memorabilia from international stars that will be on view in the new Hard Rock Cafe in Berlin: In addition to the stage outfit of Will.I.Am, of the Black Eyed Peas, the bass of Green Day rocker Mike Dirnt, the red dress that Shakira wore at the “A Heart for Children” fundraising campaign in Berlin on December 15, 2007, and a “Jackson Mark Morton” Dominion guitar from Lamb of God are souvenirs from rock legends like Elvis Presley, John Lennon and The Who out of the boxes. Only the Trabi from U2, which was on stage on the “Zoo TV” tour, will take part in the move and will also have a place of honor in the new cafe.

With this unique overview of national and international rock and pop history, the Hard Rock Cafe at the new location has been completely renewed in terms of content and appearance: bright, modern materials, light installations and the consideration of current Berlin architecture trends give the restaurant a new face . 450 square meters on two floors offer space for 350 guests. There are two bars, a cocktail lounge, a stage for live entertainment and a balcony with 100 seats including a view of the Memorial Church.

In terms of culinary delights, the Hard Rock Cafe continues to rely on traditional American cuisine: spare ribs, grilled specialties and the legendary Hard Rock burgers. There is also a variety of classic American cocktails such as hurricanes and margaritas or non-alcoholic drinks such as wildberry smoothies and crushed velvet martinis.

The old cafe on Meinekestrasse is open until Sunday, April 25th. From Monday, April 26th, the Hard Rock Cafe welcomes its guests to the new premises. The grand opening ceremony for invited guests will be celebrated on April 28th with an exclusive concert by the most successful UK newcomer of the last ten years in Germany: Amy Macdonald. "I'm very happy to be playing at the Hard Rock Cafe Berlin. Berlin is such a vibrant and creative city, and with my performance I can combine two things that I love - Germany and music - and the Hard Rock Chicken Wings to my favorites! "Amy's debut album" This Is The Life "is one of the 20 most successful albums of the last decade in this country. With her current album" A Curious Thing "she is now continuing this success story - the album achieved gold status within two weeks and holds three weeks at position one in the German album charts.

This press release was published on openPR.

With a total of 162 branches in 52 countries, including 130 cafes and 13 hotels / casinos, Hard Rock International is one of the best-known brands worldwide. Starting with an Eric Clapton guitar in 1971, Hard Rock now has one of the most important collections of music memorabilia in the world, exhibited in cafes around the world. Hard Rock is also known for its merchandise collection, Hard Rock live arenas, and its award-winning website. In addition to the two flagship Seminole Hard Rock Hotels and Casinos in Tampa and Hollywood, Florida, there are other Seminole Hard Rock Hotels / Casinos in Las Vegas, Biloxi, Orlando, Chicago, San Diego, Pattaya, Bali, Macau and Penang. Further hotel and casino projects have been announced in Singapore and Punta Cana (opening 2010), Panama (2012) - as well as Atlanta, Hungary, Dubai and Abu Dhabi (2013).

Disclaimer: The contact specified in the text is solely responsible for the above press text including any images / videos. The website provider expressly distances itself from the content of third parties and does not adopt it as its own.
If you would like to use the information above for editorial purposes, please contact the press contact above. In the event of publication, we ask for a specimen copy or reference to the source of the URL.