How to become fluent in any language in 12 months

Here's how you can learn to speak any foreign language fluently within a year.

Build up a large language vocabulary

First off, the basics - what do you need to learn to be fluent? Vocabulary:

As a basis for every language acquisition, you need as much vocabulary knowledge as possible. The bigger it is, the better. Therefore, spend at least 80 percent of your study time on learning vocabulary.

With 3,000 vocabulary you will reach the B1 / B2 learning level according to the European Framework of Reference: You will master demanding communication situations in which you can understand and speak more complex sentences.

You will be able to communicate with native speakers largely without any problems, both verbally and in writing. In addition, you also have a correspondingly high level of language understanding, which enables you to understand foreign language television.

In order to approach the level of a native speaker, you should master 4,000 to 5,000 words. With this you understand almost all the subtleties of a language.

To learn 3,000 words in a year, you only need to learn 10 new words a day. Along with repeating previous words, this will take around 15 to 20 minutes a day.

Learning with the language courses from Sprachlernen24:

The flash repetition is a third faster, but it ignores some of the subtleties of the spelling. I also recommend the association method, which you can combine with the ultra-long-term method - this shortens your learning time by two thirds compared to conventional learning methods.

With these learning methods, I myself learned the entire basic and advanced vocabulary in Spanish within five months, with around 30 minutes of daily training.

Read and listen to short texts that contain the vocabulary you have learned. With this you will repeat the vocabulary and learn it in an authentic context. As a useful exercise, I recommend filling in the clauses, in which the brain is always looking for several words; This is the best way to associate the words.

Be sure to listen to the texts and vocabulary several times so that you get used to the correct pronunciation right from the start.

In my opinion, you shouldn't spend more than 10% of your study time on grammar. It's best to learn the most important grammar phenomena first, but don't go into too much depth at first. You will understand most of it this way and the connection will usually come out of its own accord.

It is better to only deepen the grammar when you have already learned most of the vocabulary, can already use the language and still have specific questions. 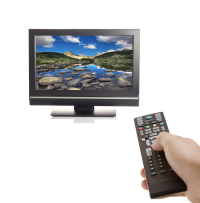 If you have built up a sufficiently large vocabulary, you will need - from my experience - around 100 to 200 hours of television material to actually speak the language fluently and to be able to understand everything.

To be fluent in Spanish, I bought a pile of DVDs in Spain, mostly series. Series have the advantage that you can get more than 18 hours of film for just 30 euros.

The series always had a Spanish soundtrack plus an English or German one. I have the first episodes on German with Spanish subtitleswatched. After that I switched to Spanish with German subtitles.

After many episodes in which I was able to slowly get used to the Spanish language, I finally closed Spanish with Spanish subtitleschanged.

The subtitles are always quite short and consist of simple vocabulary, while what is spoken is always more complicated and consists of a larger vocabulary. In this way you also automatically get to know synonyms.

Having a dictionary ready, but it certainly doesn't hurt. After just a few hours you will be able to enjoy the films in the foreign language as well as in German.

In my opinion, this method of learning is one of the most likable and pleasant, provided you have a sufficient command of the vocabulary. You have fun watching films and learn the language on the side.

By the way, you don't have to travel abroad to buy the DVDs. Most DVDs have multiple audio tracks; these are noted on the back of the DVD packaging. And apart from that, there is also the internet mail order business: the big dealers usually have branches in several countries.

Language learning through books and Wikipedia

Books are also a good way to use vocabulary. Just buy yourself some easy-to-understand books and a dictionary. If you also buy the book in German, you can always read one section in German and one in the foreign language. After just a few chapters, you will have mastered most of the vocabulary that the author uses.

You can also read Wikipedia in many languages. My recommendation is the excellent articles.

When you visit this page you will find the same page in your desired language in the menu at the bottom left. New articles rated as particularly good are published here every day.

The advantage here: You deepen the language and also expand your general knowledge.