Can ADHD lead to death

Adolescents sometimes begin to abuse ADHD drugs and other stimulants while they are still at school. This comes from an analysis of the data from anonymous surveys of more than 240,000 teenagers and young adults in the United States. Between 16 and 19 years of age, adolescents are therefore particularly at risk of using stimulants without a prescription. 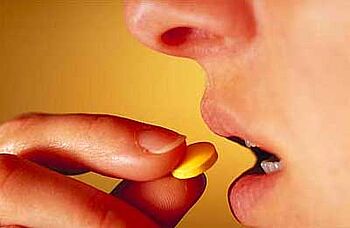 Every year, according to the study, around 1% of teenagers between the ages of 16 and 19 start taking stimulant drugs that they don't have a doctor's prescription for. Remedies include Ritalin, which is usually prescribed to treat ADHD, or stimulants such as methamphetamine.

The results suggest that educational programs should begin in middle school to prevent this from happening. The ingestion of these substances is associated with risky side effects, such as hallucinations, and can also lead to drug addiction and, in the worst case, death.

The analysis was based on the documentation from the national surveys on drug use and health among young people aged 12 to 21, which were recorded between 2004 and 2012.

Among respondents aged 20 and 21, the rate of stimulant abuse was similar to that of adolescents aged 13 and 14. When a young person begins to use stimulants, it is most common in the late ages Teenage years, the study found.
Surprisingly, the research shows that by the age of 18, the rate of those who started taking stimulants without a prescription was twice as high among young women as among young men. The reason for this was prescription diet pills, which were most commonly abused by young women without medical supervision or advice, while Adderall was popular with adolescents males. Adderall is an amphetamine that has an appetite suppressant effect and increases concentration. It is also used to treat ADHD in the US, but is not approved in Germany or Austria.

In Germany, a 2011 survey concluded that around 1.55% of schoolchildren and 0.78% of students had used prescription stimulants (methylphenidate, amphetamines) at least once to improve their performance. For all stimulants (amphetamines, cocaine, ecstasy), 2.42% of the students and 2.93% of the students stated that they had used them once or more in order to better concentrate or “optimize” their cognitive abilities.
Although experts have disproved the idea that prescription stimulants can sporadically improve grades, some teens are tempted to give it a try.